So glad I turned the other cheek, says Game Of Throne’s Emilia Clarke

GAME OF THRONES siren Emilia Clarke is chuffed show bosses allowed her to call the shots in the bedroom on the hit fantasy drama.

The star, who was educated at Roman Catholic school Rye St Antony in Oxford, has revealed she enjoyed ordering 35-year-old hunky Dutch co-star Michiel Huisman’s character Daario to get his kit off in season four, telling him ‘do what you do best’.

Clarke, who plays the dragon queen Daenerys Targaryen on the hit show, said it was a chance to turn the tables on criticism she received for her own steamy scenes.

The 30-year-old said: ‘It’s brilliant. I actually went up to [GOT co-creators] David Benioff and Dan Weiss and thanked them. I was like, “That’s a scene I’ve been waiting for!”

‘Because I get a lot of crap for having done nude scenes and sex scenes. That, in itself, is so anti-feminist.’

She told Elle magazine: ‘Women hating on other women is just the problem. That’s upsetting, so it’s kind of wonderful to have a scene where I was like, “There you go!”’ 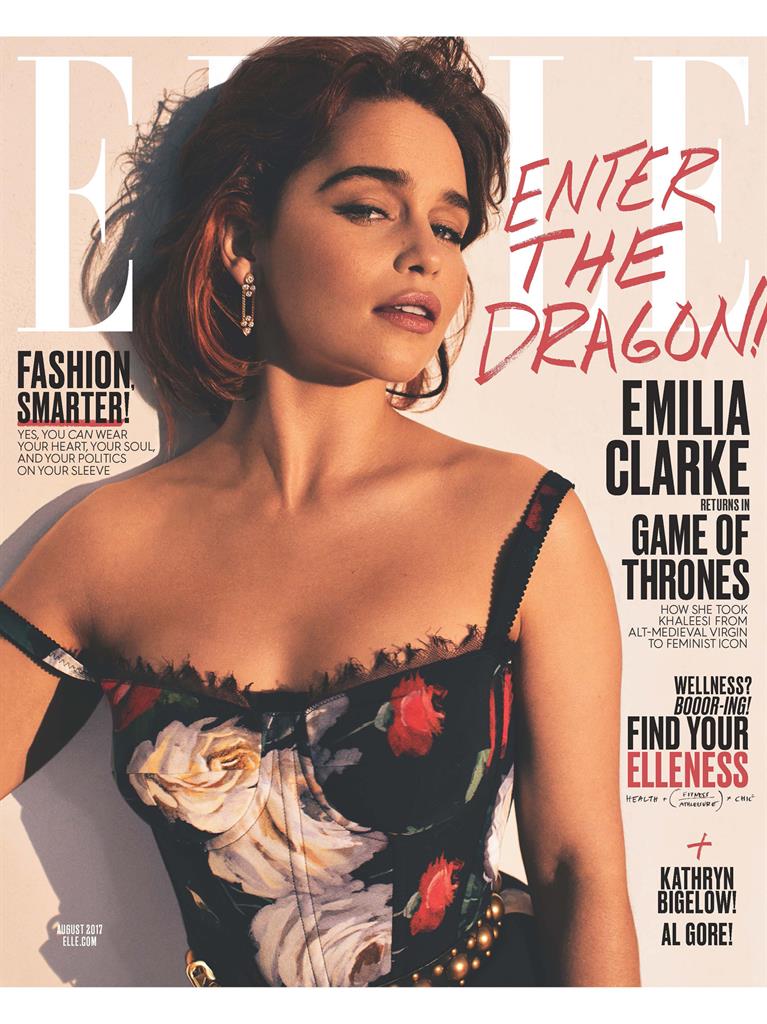 Meanwhile, Clarke said shooting her final scenes for the show as it enters its last season gave her sleepless nights over fears she would ‘mess it up’.

She added: ‘My mates are like, “It’s you — you [and Daenerys] are one and the same now. You need to trust your instincts!” And I’m like, “No, I’ve got to do more research!”

‘The higher everyone places the mantle, the bigger the fall. That sounds really awful, but it’s true! I don’t want to disappoint anyone.’

Read the full interview in the August issue of Elle.

■ KIT HARINGTON wants Game Of Thrones to go nuclear — by introducing the show to North Korea. As it stands, the communist state is the only country in the world not hooked on the HBO fantasy drama. But the star, who plays Jon Snow, admitted: ‘We’re working on that one.’ The 30-year-old also revealed show bosses have filmed five hours of ‘bogus footage’ to stop spoilers leaking out when it returns to screens on Monday.

NEXTRedknapp split? Louise and Jamie working it out, says pal