DAVID BECKHAM has branded his wife Victoria a ‘knob’ for publicly taking the mickey out of him.

He swore revenge after she posted a video of her hubby struggling to get to grips with a gymnastics hoop and a trapeze swing — while wearing a dodgy cowboy hat for some of the time. ‘Spider-Man didn’t work out but there’s always Indiana Jones!’ quipped Posh, 43, on Instagram yesterday. 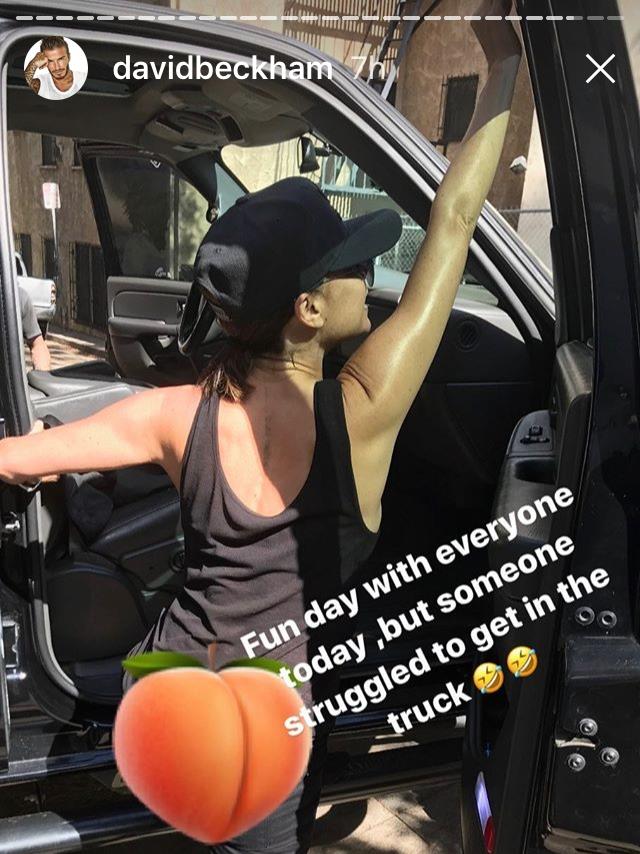 An unimpressed Becks replied: ‘Knob @victoriabeckham oh I will get you back for this.’

And the father of four appeared to settle the score when he shared a snap of his missus clambering into a motor with the caption: ‘Fun day with everyone today, but someone struggled to get in the truck.’ Becks also covered VB’s derriere with a peach emoji. They insist everything’s peachy — pals were forced to deny claims earlier this week that the couple are building his ’n’ hers wings at their new mansion in Oxfordshire.

NEXTNathalie Emmanuel and Jacob Andersongo nude in Game Of Thrones