TRIBUTES have been pouring in today as the rock world mourns the sudden loss of Chris Cornell at the age of just 52.

The Black Hole Sun singer, who was best known for fronting Soundgarden and Audioslave, was discovered dead at his Detroit hotel just hours after playing his last concert in the city (footage below).

Elton John took to Twitter, writing: ‘Shocked and saddened by the sudden death of @chriscornell. A great singer, songwriter and the loveliest man.’ 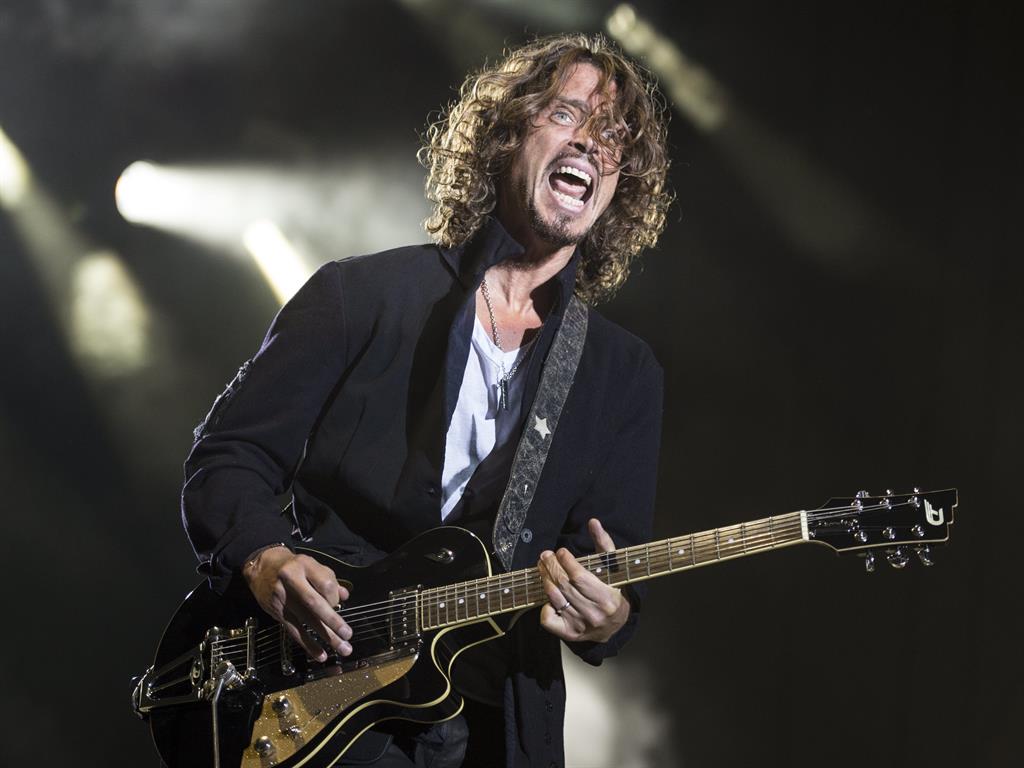 While comedian Ed Byrne wrote: ‘I hope it’s ok with the grief police if I say Chris Cornell’s death has come as an unexpected gut punch this morning.’

And actor Elijah Wood tweeted: ‘Oh man. Sad to hear of the passing of Chris Cornell.’

Particularly distressing are reports that Cornell took his own life just hours after posting what seemed like an enthusiastic pre-concert tweet. 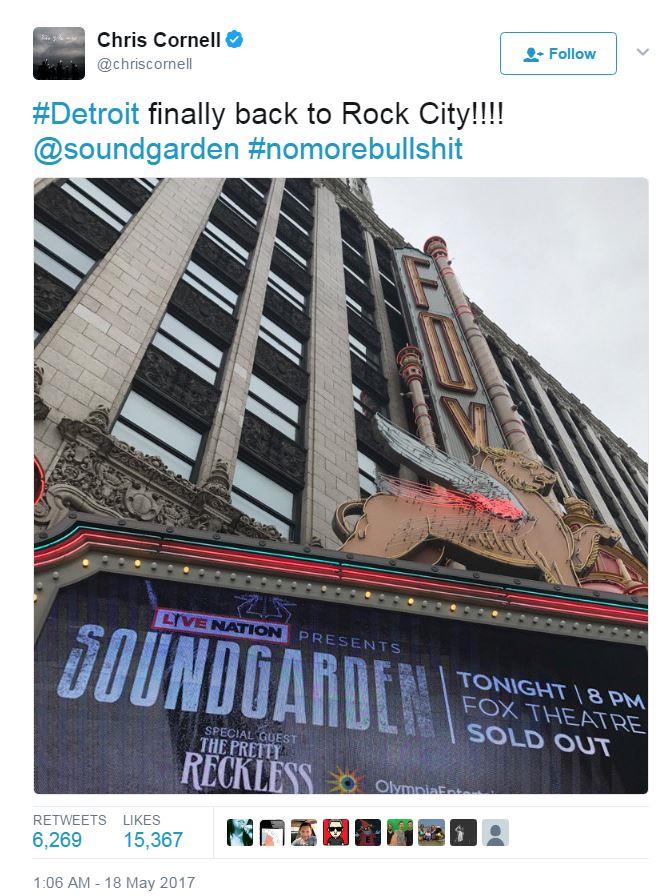 Michael Woody of Detroit Police Department said officers were called to the MGM Grand hotel in Detroit at midnight last night by one of Cornell’s friends.

When they arrived they had to force their way into the room, where they found the rocker unresponsive in the bathroom.

‘We are investigating this as a suspected suicide,’ Woody said. ‘That is the line we are proceeding along.’