HOLLYWOOD star Jeff Goldblum could not take his eyes off presenter Holly Willoughby this morning — and his attentions did not go unnoticed by the Twittersphere.

Appearing on ITV’s This Morning to talk about his latest project, Thor: Ragnarok, the suave actor broke off several times to compliment Holly on her choice of outfit, jewellery — and even her teeth.

In the middle of talking about the art of improvisation, Goldblum broke off to ask about Holly’s blouse.

‘What are those, what is that… are those flowers?’ he enquired.

And Holly wasn’t averse to Blum-ing under his admiration, either, replying flirtily: ‘Blooms for you… Goldblum.’

Holly’s co-presenter Phillip Schofield then mentioned that Goldblum had been admiring his co-star’s rings, which led to a potentially risque comment about her choice of nail colour.

The 64-year-old actor said: ‘Your ring of course… your jewellery, the colour of the nail polish. It looks like a kind of a… nude.

‘I was saying it reminds me of Faye Dunaway in The Thomas Crown Affair with Steve McQueen.’

But is was with a dental compliment that Jeff might have taken things a bit far.

‘Look at those teeth, those, those… 64 teeth staring back at me…’ he trailed off. 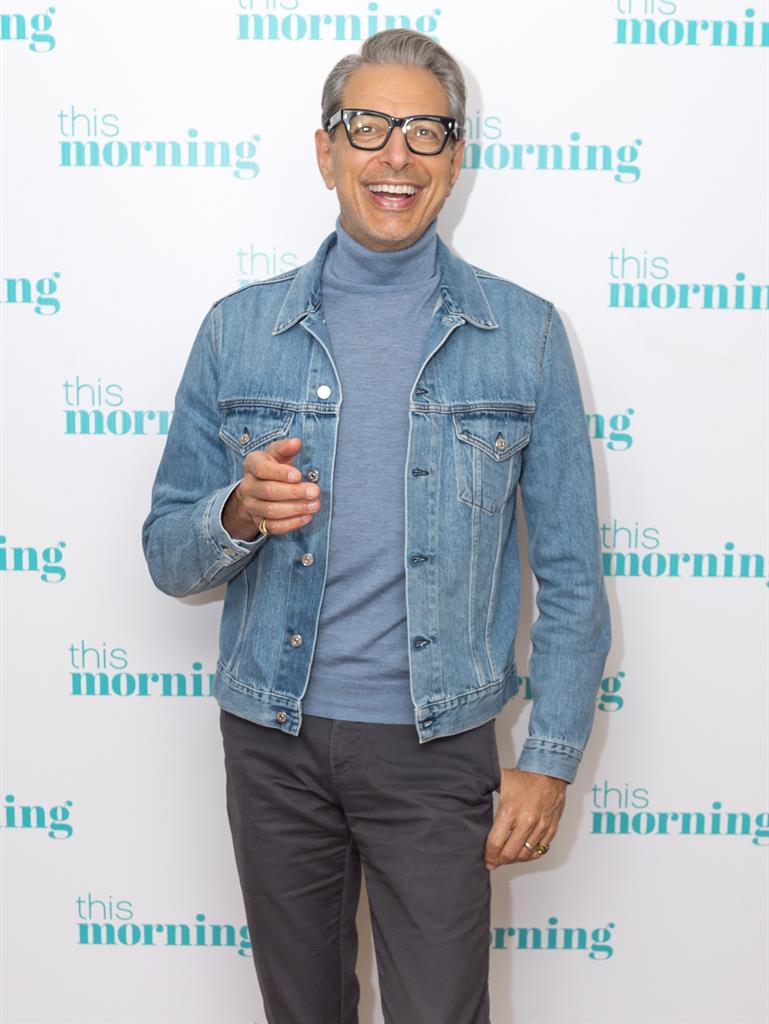 One wrote: ‘Was Jeff Goldblum just hitting on @hollywills?’

Another agreed, tweeting: ‘Jeff Goldblum blatantly fancies @hollywills can’t take his eyes off her, is @Schofe even in the interview?’

But ‘Schofe’ didn’t seem to mind as he wrapped up the interview, declaring Goldblum ‘our favourite guest ever’.

PREVIOUSLiam Gallagher calls on Noel to put ‘all our s*** aside’

NEXTI was choking… I thought I had taken an overdose, says Demi Lovato