Stacey Solomon having a baby with Joe Swash

STACEY SOLOMON and boyfriend Joe Swash are having their first baby together.

Loose Women star Solomon, 29, who has two children, Zachary and Leighton, from previous relationships, posted a snap of the scan on Instagram.

Accompanied by a picture of his girlfriend sleeping, presenter Swash, 37, announced the news.

‘Have been driving myself mad thinking that she’s bored senseless of me and can’t stand to be awake for longer than 10 minutes of my company,’ he wrote on Instagram.

‘So you can imagine my delight to find out that she still loves me and my company very much she’s just been growing a baby.

‘I can’t begin to describe how happy we are to be able to share this wonderful news.’

Swash, who has a son, said: ‘We’ve been so blessed with three incredible children that we’ve had the privilege of raising and we are forever grateful to have the chance to become parents to another wonderful child. It’s all very overwhelming and emotional and we couldn’t be happier right now.’ 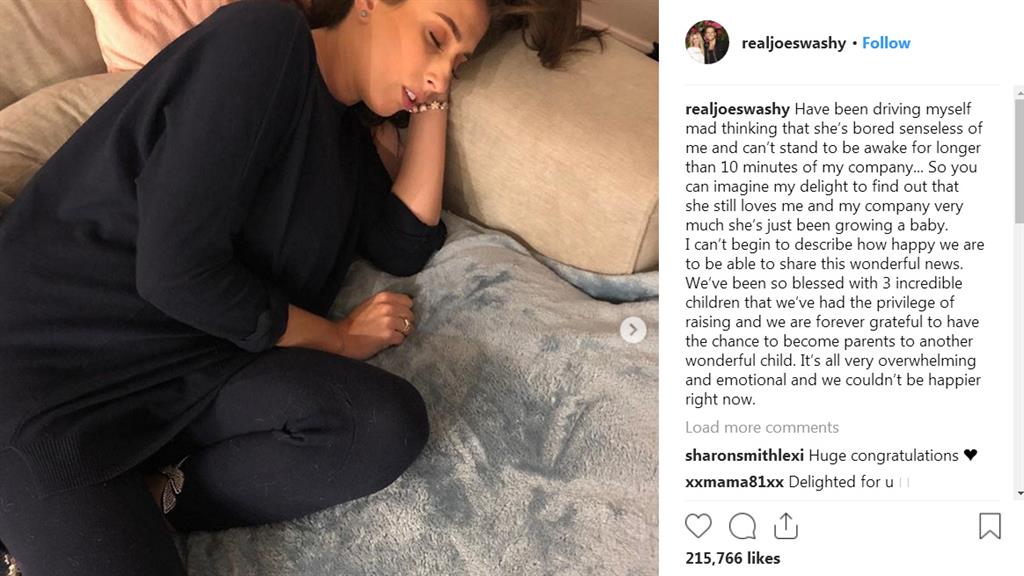 In July, Solomon said: ‘I’m in a constant state of broodiness — my ovaries are always on red alert! It wouldn’t matter if I was single or in a relationship.’

And she said of Swash: ‘A Disney-style wedding is always in my imagination, but for the moment it’s not on the to-do list!’

The couple first met through I’m A Celebrity… Get Me Out Of Here!, when Solomon was a guest on the spin-off show, which ex-EastEnders actor Swash was presenting.

Solomon found fame when she appeared in the X Factor in 2009, stormed to victory in I’m A Celebrity in 2010, and joined ITV’s Loose Women as a panellist in 2016, becoming a series regular.