Stand by for Gorillaz

IF YOU’RE a Gorillaz fan, you’ll want to tune in to BBC Radio 1 tonight because they’ve got an exclusive first play of the band’s new sounds. 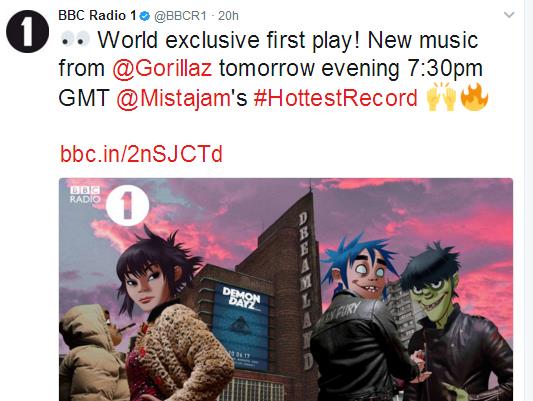 The Damon Albarn vehicle has been teasing its new album for months now and if a tracklisting leaked at the weekend is anything to go by, it would appear it features collaborations with Vince Staples, De La Soul, Jehnny Beth and more.

Fans will have to tune in to Mistajam’s 7.30pm show to find out if one or more tracks will be played as the tweet announcing the big news kept it vague, saying only that there would be ‘new music’.