THE widow of Soundgarden frontman Chris Cornell has shared her heartache at his tragic loss in a moving message.

The rock star was found dead in his hotel room after playing a gig in Detroit last week — and his grieving wife Vicky has since voiced her concern that prescription drugs may have played their part in his suicide.

Now, in an emotional letter to her lost love, published by Billboard, Vicky has described him as ‘the best father, husband and son-in-law’, adding that she would continue to ‘fight’ and ‘stand up for’ him.

Recalling their life together fondly, she wrote: ‘You had always said I saved you, that you wouldn’t be alive if it were not for me. 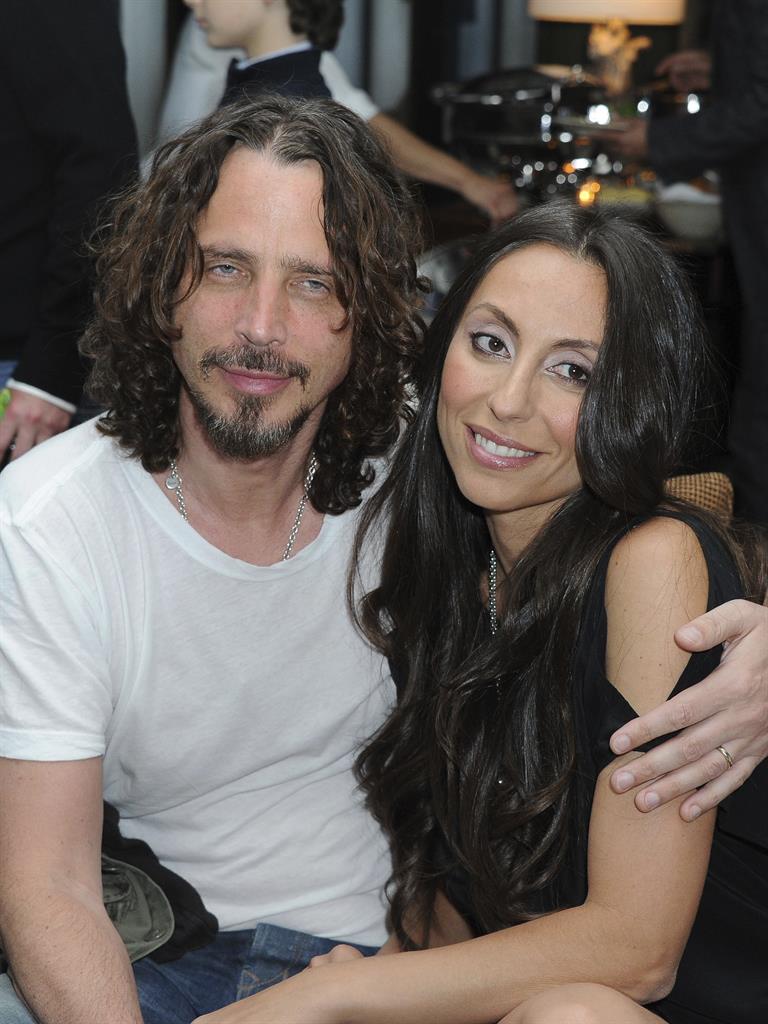 ‘My heart gleamed to see you happy, living and motivated. Excited for life. Doing everything you could to give back. We had the time of our lives in the last decade.’

But Vicky also expressed her sorrow at not being with Chris that fateful night.

‘I’m sorry, my sweet love, that I did not see what happened to you that night. I’m sorry you were alone,’ she wrote.

‘I know that was not you, my sweet Christopher. Your children know that too, so you can rest in peace.’

PREVIOUSDan Stevens does not look his beast for Emma Watson