SUSAN BOYLE reprised her hit cover of the Rolling Stones’ Wild Horses during an emotional appearance on America’s Got Talent.

The Scottish singer shot to fame after finishing runner-up on Britain’s Got Talent in 2009, coming second to dance group Diversity.

Her first audition went viral after audience members and judge Simon Cowell were left stunned by her rendition of I Dreamed A Dream from the musical Les Miserables.

Boyle, 57, has gone on to be a household name, selling more than 20million albums around the world and earning two Grammy nominations.

She is appearing on America’s Got Talent: The Champions, alongside British teenager Courtney Hadwin, and made her debut on last night’s show.

After earning a standing ovation for her rendition of Wild Horses, released by the Stones in 1971, judge Mel B pressed her golden buzzer, meaning she progresses through to the finals.

The Spice Girl said: ‘What an absolute honour and pleasure it is to be sitting here and listening to you and your angelic voice. And I want to be the woman who gives you something you deserve.’

Before taking to the stage, viewers were shown a look back at Boyle’s career, including her famous first audition.

As she took to the stage, Cowell joked, ‘What’s your name?’, adding, ‘God, this bring back so many memories.’

Boyle replied: ‘It’s great to be back.’ She then brought the audience to their feet with her performance.

After watching her sing, Cowell told her: ‘I cannot think of any other contestant who has defined this show better than you. You are the one.

‘You made a huge difference to a lot of people’s lives and I am absolutely thrilled you are here.’

Boyle — nicknamed Subo — replied: ‘I am happy and very humbled.’ Writing on Twitter after the show aired, she said she was ‘truly speechless’. 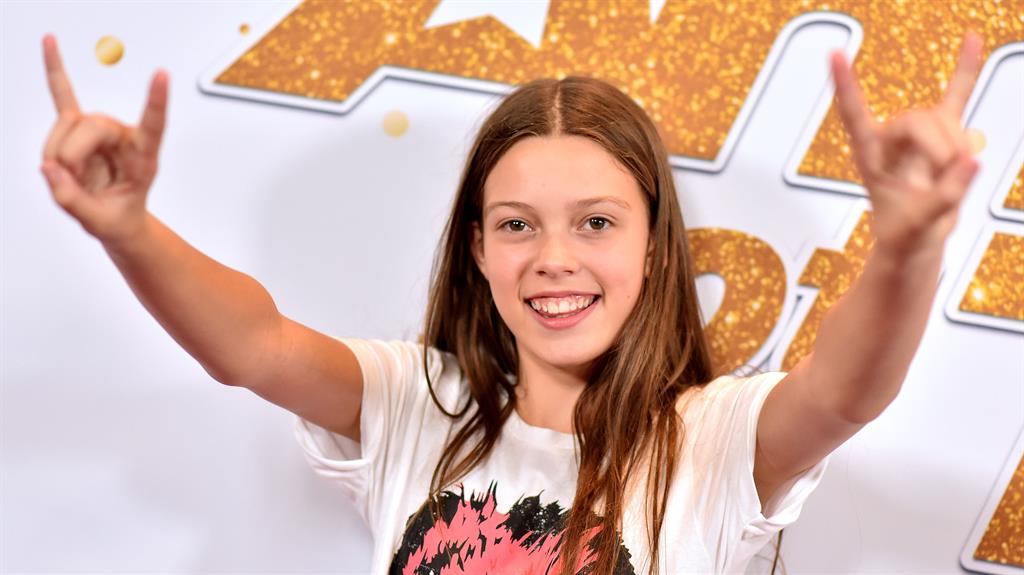 America’s Got Talent: The Champions brings together former winners and standout acts from different versions of the show from around the world.

Each show contains 10 acts and British teen Hadwin (pictured above), who reached the America’s Got Talent final last year, is set to appear.

PREVIOUSDancing On Ice ratings lowest ever for launch episode