Susanna puts in a pants performance

GOOD Morning Britain viewers were left wondering Y-fronts when presenter Susanna Reid made a smalls error on this morning’s show.

Horrified after her briefs slip-up, all she could do was hold her face in her hands in embarrassment.

Luckily, Underwood seemed to take the below the belt comment in good humour, joking: ‘To my face! How could you?’

But Susanna’s co-host Piers Morgan couldn’t resist stirring by adding: ‘We only call him that off camera normally.’ 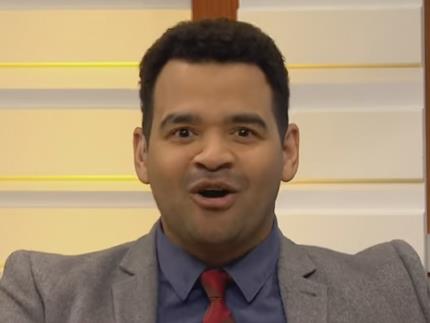 Later, Reid asked Underwood: ‘How many times have you been called Michael Underwear?’ — to which he replied: ‘Once, today… apart from those horrendous school memories.’

But Underwood wasn’t above attempting to exact his revenge, calling Reid ‘Susanna Seed’… before admitting it was a ‘terrible comeback’.