Susanna Reid called Piers Morgan WHAT on his birthday?

As Piers prepared to celebrate his 52nd birthday, long-suffering Susanna didn’t hold back.

Handing him a card that read ‘I’m so glad Facebook reminded me it’s your birthday’, she had crossed out the word Facebook and replaced it with the word Twitter — a cheeky reference to Piers’ prolific posting on the social media site. 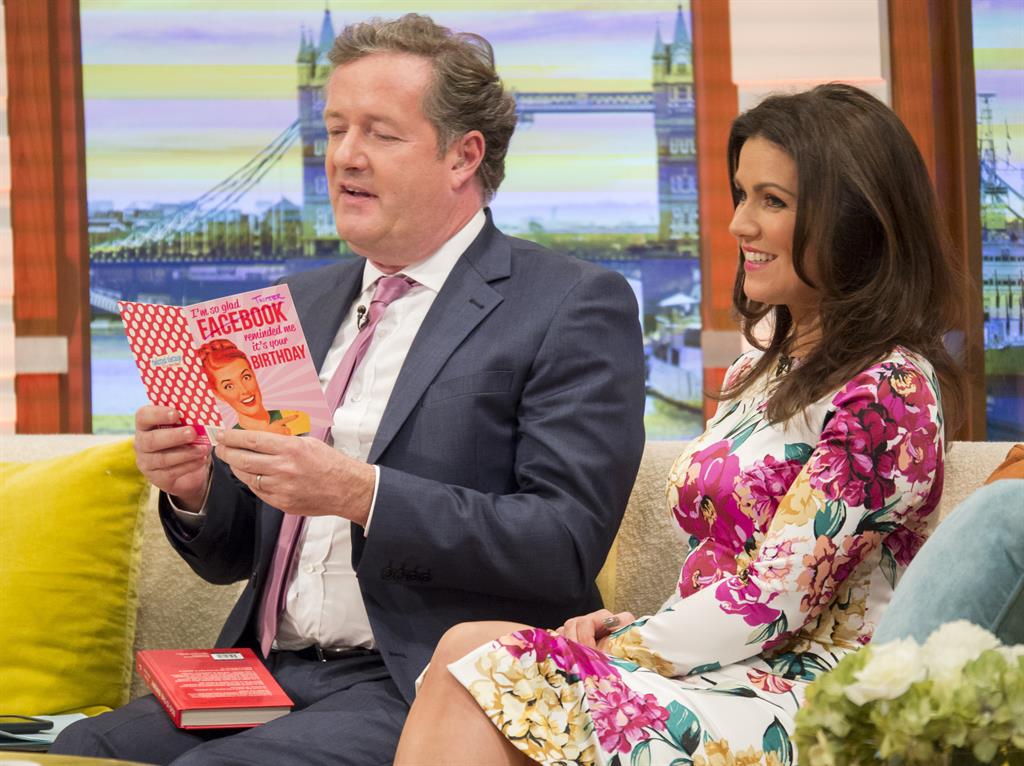 Inside the card, Susanna had written a not-entirely flattering list of his traits, with ticks next to every single one.

It read: ‘Happy birthday, Piers. Of all my TV husbands you are: the most irritating, annoying, divisive, over-opinionated, ready to start a fight in an empty room, Arsenal obsessed, fun on a night out at the Groucho.’

Holding the card up to the camera, Piers had to concede: ‘I wouldn’t disagree with any of that.’

But he couldn’t resist adding, suggestively: ‘I’m also the best you’ve ever had.’

Piers also made the perhaps ungallant point that Susanna had ‘been almost as prolific as Joan Collins in the TV husband department’ — a topical referece to the Dynasty star’s guest appearance on today’s show.

But Susanna got her own back, gifting him a couple of bottles of red and a book titled Ego Is The Enemy.

Even that Piers had a comeback to, however, saying: ‘Ego is your friend. If you don’t believe in yourself, folks, nobody else will.

He then elaborated on this theory by sharing his morning routine: ‘I wake up every day, punch my chest, do a little conga around my bedroom, get in the shower, sing Pavarotti and a bit of In Da Club by 50 Cent, and by the time I get here, I am ready to rock and roll, Britain.’

To which Susanna clapped back with the withering: ‘I wake up every morning and poke myself in the eye.’

The pair have been bantering together since Piers joined the show in November 2015.