Tatts new! Bieber puts inkings on show as he dances with a granny

JUSTIN BIEBER dared to bear when he stripped off to impress a granny with his new tattoos.

The Canadian pop prince whipped off his singlet in a bar hours after telling fans he had had a growling bear inked on his chest and a soaring eagle on his abs.

However, the 23-year-old was more of an eager beaver as he showed off the tats to punters drinking at the Blue Door boozer in Arrowtown, New Zealand. 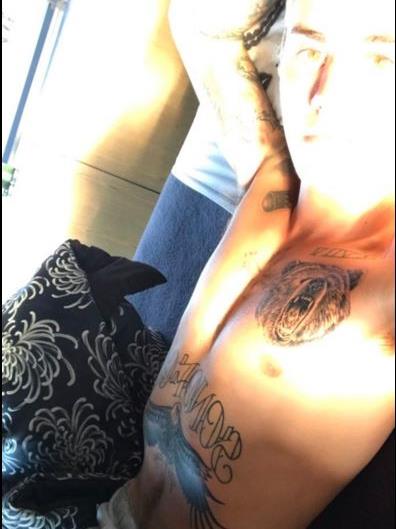 He later posted a video on Instagram of him dancing with a pensioner to Jay Z and Kanye West’s track N****s in Paris while wearing just his trackies.

The Let Me Love You singer has been causing all kinds of thrills on his Purpose world tour Down Under.

One fan told how Bieber invited him to play a private game of basketball after he managed to organise a court.

Next is the south American leg of the tour, starting in Chile.

PREVIOUSMel B ends marriage after husband ‘flirts with brunette’

NEXTRiRi hits bottle as she checks into Bates Motel