KALEY CUOCO has promised that long-running sitcom The Big Bang Theory will ‘go out with a bang’, after it was announced last night that the upcoming series will be its last.

The actress, 32, admitted she was ‘drowning in tears’ at the prospect of the US show, which follows a group of young scientists and their relationships, ending after 12 seasons.

She made no mention of the reason behind the show’s termination, but reports in Entertainment Weekly suggest leading man Jim Parsons (aka uber-science nerd Sheldon) was ‘ready to walk away’ and could not be persuaded to reconsider.

There doesn’t appear to be any animosity among the cast, however, as Kaley shared a picture of herself with all six of the others on her Instagram account yesterday. 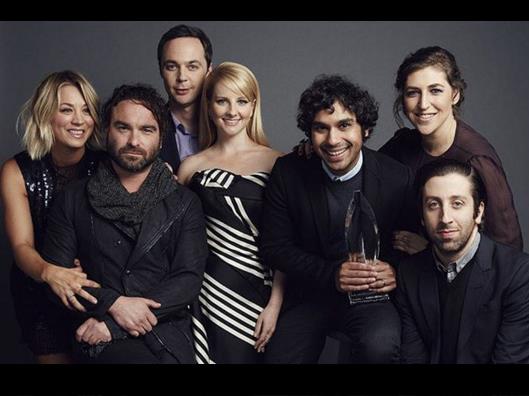 She told her 3.8million followers: ‘This ride has been a dream come true and as life-changing as it gets. No matter when it was going to end, my heart would have always been broken in two. Drowning in tears, we promise to bring you the best season yet.

‘To the fans, our crew, families, Chuck Lorre, Warner Brothers, CBS, and everyone who has supported us for so many years, thank you. We are goin out with a bang.’

The hit show — which has received 52 Emmy nominations and 10 wins to date — will wrap in May 2019, with the news announced in a joint statement from Warner Bros Television, CBS and Chuck Lorre Productions.

By the time its 279th and final episode is aired it will be the longest-running multi-camera series in television history.

NEXTStephen Fry celebrates being in his Prime