SPRINTING along the shoreline in a bright bodysuit, tennis star Serena Williams has returned to the game with a triumphant splash.

But the 23-times Grand Slam champion has endured some dark days since becoming a mum. Daughter Alexis Olympia was delivered by emergency Caesarean in September after Serena developed life-threatening blood clots. And then she suffered post-natal depression.

‘One day, I couldn’t find Olympia’s bottle and got so upset, because I wanted to be perfect for her,’ said Serena, 36. ‘Sometimes I think I still have to deal with it. I think people have to talk about it more.’ 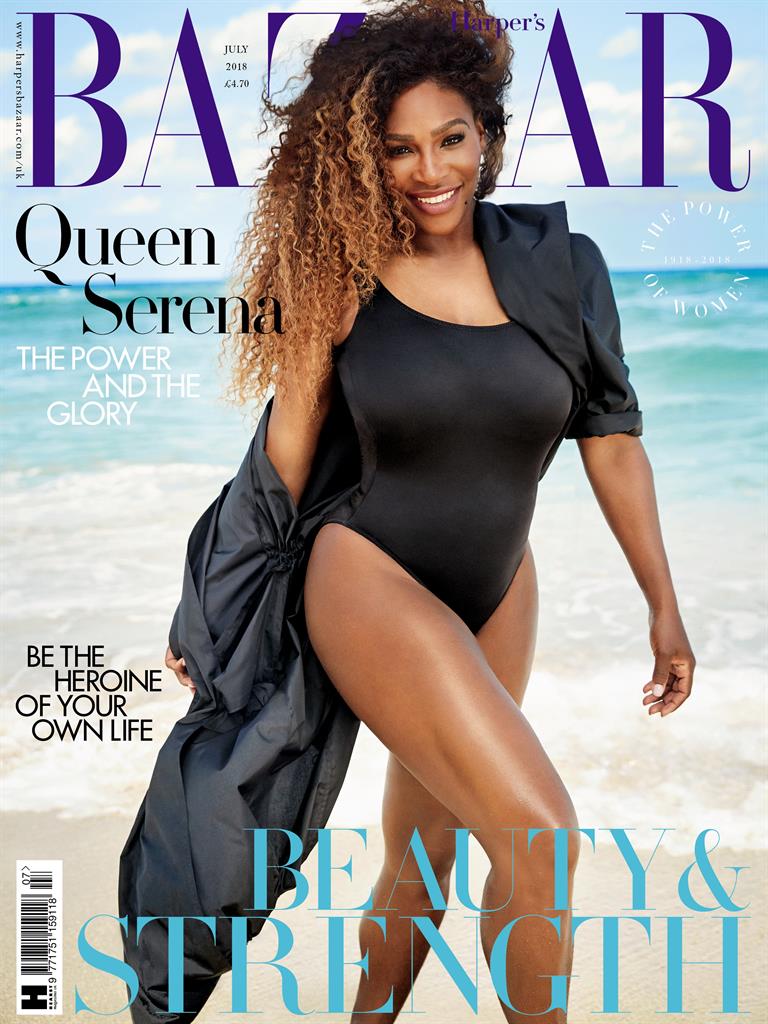 Despite the problems, she and her husband, Reddit co-founder Alexis Ohanian, 35, want more children. ‘If I wasn’t playing tennis, I’d be pregnant,’ she said. ‘Olympia needs a little sister, and then we can have a boy.’

Her bodysuit is in contrast to the black one she wore for her victorious return at the French Open on Tuesday, which she said helped deal with ongoing blood clots.

She also spoke of her body image battles and balks when she recalls she wanted to be a size 4 to be like her sister Venus, 37. ‘She was thin and beautiful, and I am strong and muscular and beautiful. Now I’m happy with who I am and what I look like,’ she told the latest issue of Harper’s Bazaar UK, on sale today.

NEXTAnne Hathaway: Ego-stroking in Tinseltown is the pits