The pie’s the limit for Katy Perry

IT WAS more a case of Vom Appétit when Katy Perry spat out a cherry pie she was tempted to eat at a gig in LA.

There was no having her cake and eating it for the 32-year-old, who has been using cherry pie recipes to promote her new record Bon Appétit — a track that hasn’t been to the taste of all her fans.

However, it was one mouthful too much for Katy when DJ Chuey Martinez invited her to try some cherry pie as she arrived at KIIS FM’s Wango Tango concert on Saturday — she didn’t hesitate to spit it back out. 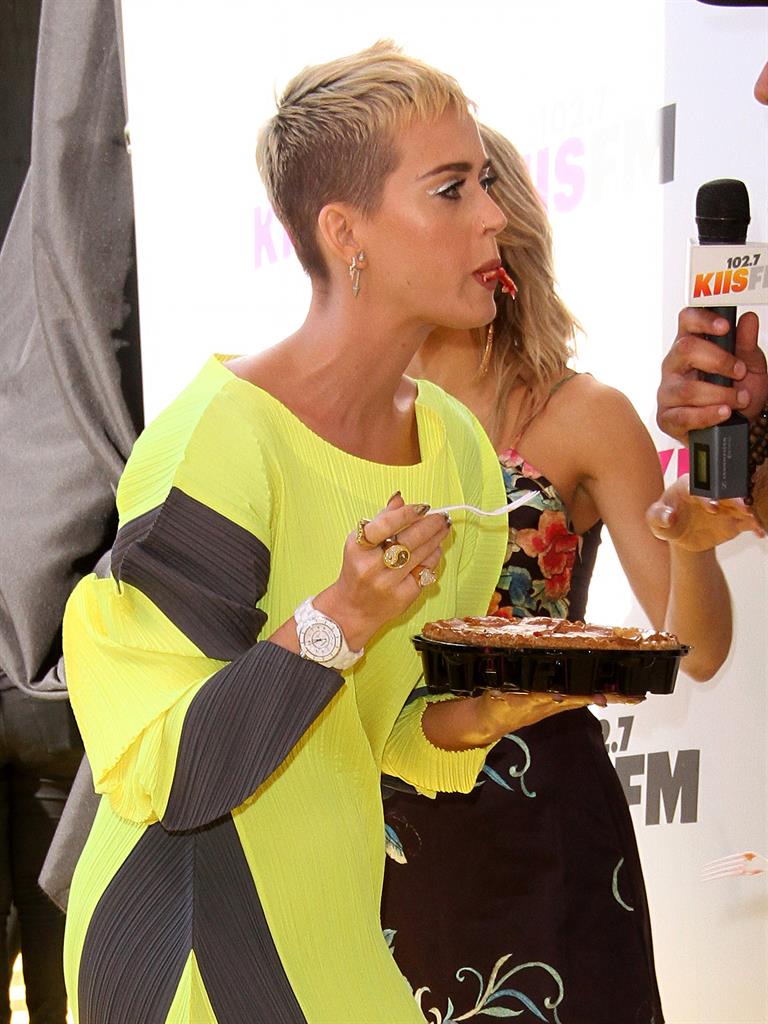 Katy, who sings about ‘cherry chapstick’ in I Kissed A Girl, managed to bounce back later for her set. However, her outfit may have made the crowd a little queasy — she teamed her yellow frock with pink PVC stockings and suspenders.

Meanwhile, she is said to be the top target for American Idol bosses who want to hire her as a judge on the reality show.

PREVIOUSGraduate says thanks to Taylor Swift for flower gesture