ED SHEERAN says he had no idea he was a broken man after revealing he had cycled home after being hit by a car in London.

The superstar described his ordeal to Guilty Pleasures just before he was hailed as Q’s ‘best act in the world today’.

Ed, 26, who has now been forced to shelve a tour of Asia because of his injuries, told us that after the collision: ‘I got up and cycled home, then went to bed and woke up in the morning in a lot of pain and went to hospital. 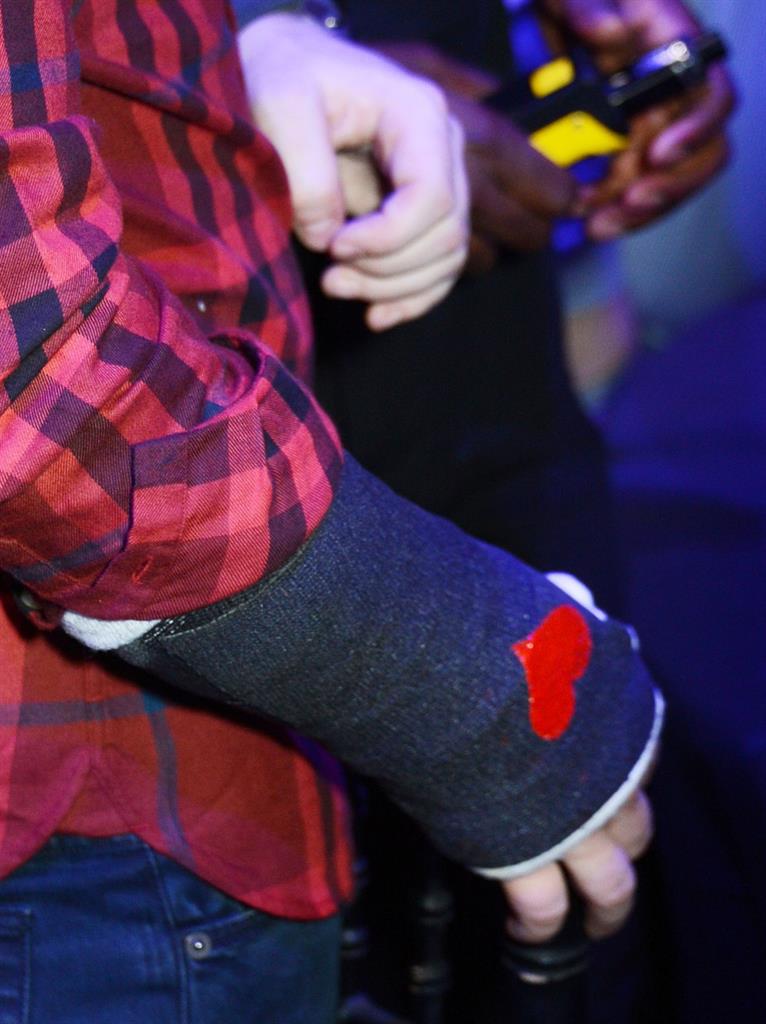 ‘I didn’t even know it was broken until the next morning.’ Only then did he discover he had fractured his right wrist and left elbow.

Ed, who recently had a cameo in Game Of Thrones, got to hang out with his GoT co-star Maisie Williams at the rock bash in London’s Roundhouse last night. But the star of the chart-topping album X couldn’t even toast his Q awards success — his doctors have imposed a booze ban. ‘Apparently, if I drink it slows the healing down, so I’m not drinking,’ he added.

After canning his upcoming dates in Taipei, Osaka, Seoul, Tokyo and Hong Kong, Ed promised his fans: ‘I’ll be back in a month or so.’

He was also reminded of an earlier injury when Princess Eugenie, 27, got in touch to see if he was all right after the cycling accident — last year Ed’s face was cut with a sword during a party thrown by her sister Princess Beatrice. He said: ‘I’ve a lot of emails but haven’t been able to look at them. I’ve an automatic reply that says, “I can’t type”.’

And, in an ominous warning to record chiefs, he admitted ‘probably, yeah’ when asked if he would ride his bike around the city again.

NEXTAccess all Aryas at the Q awards