HE WILL be walking along the red carpet tonight, but Tom Cruise says doctors warned he may never run again after he smashed his ankle on the London set of Mission: Impossible — Fallout.

Wince-making footage showed the 55-year-old action man suffer the break as he hit a wall while leaping between buildings last August.

Speaking ahead of tonight’s premiere in Waterloo, Cruise said of his medical team: ‘They were concerned if I’d be able to run again. I was like, “No, I’m gonna be running again”.

‘They said maybe in six months. And I had to be running in the next couple of weeks.’

He added that he threw himself into a gruelling rehab programme to finish his flick, the sixth in the M:I series.

‘I had to, what choice did I have? I had a release date!’ Cruise went on. 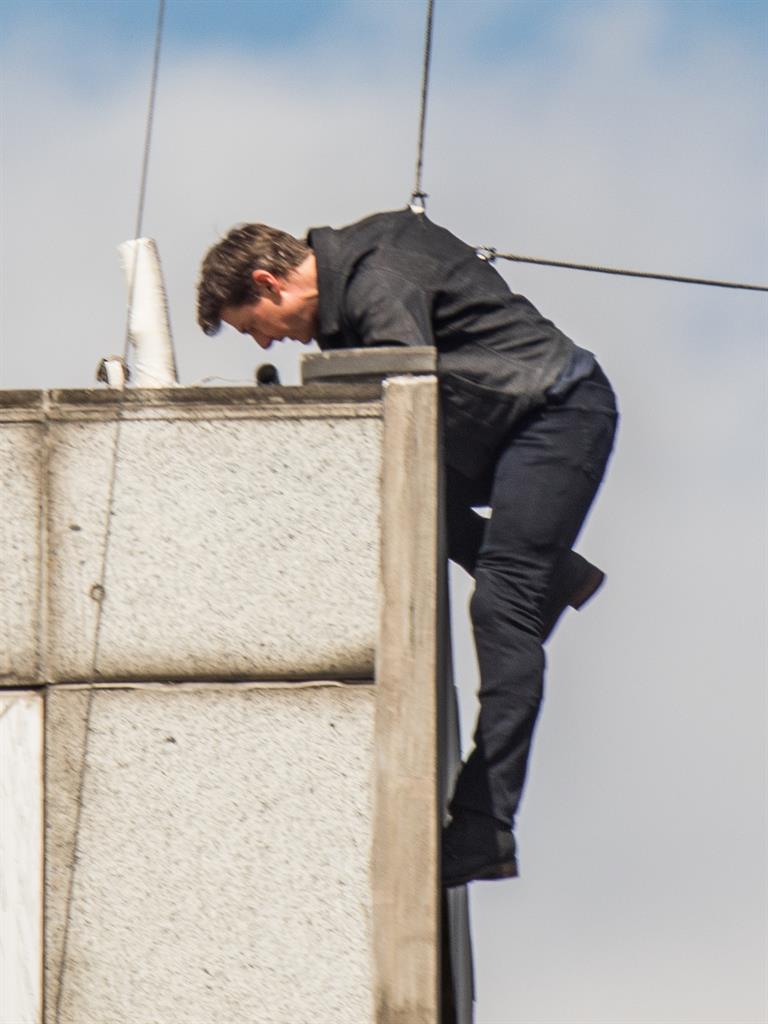 Stepping up to one of his biggest challenges yet, he admitted: ‘It was intense. I’m not gonna lie. It was very intense.’ Cruise said he knew he was in trouble as soon as he smacked into the wall. ‘I’ve broken a few bones in my time and it was just another broken bone,’ he told Extra TV.

‘It was unpleasant. Definitely unpleasant… I knew instantly when it happened… I was like, “Dammit, I broke it”.’

The daredevil said adrenaline keeps him addicted to raising the bar in his increasingly daring stunts.

‘I can’t help myself,’ he added. ‘How far can I go to entertain an audience? It’s been my whole career.’

Next up Cruise is set to reunite with Val Kilmer for a Top Gun sequel. Giving an update on 57-year-old Kilmer’s recovery from throat cancer, he said: ‘He’s doing really well.’

PREVIOUSSamira Mighty quits Love Island for a chance with Frankie

NEXTKylie Jenner, 20, is on her way to being first billion dollar baby