Tom goes from supervillain to hero

TOM HIDDLESTON’S super-powers were on show at last night’s Three Empire Awards when he jetted into town and straight into the winner’s circle.

The 36-year-old heart-throb, who has been flying around the globe with his new film Kong: Skull Island, was honoured with the Empire hero award, as screen stars Hugh Laurie, Dame Joan Collins, Sir Ian McKellen and Dan Stevens watched on.

The Thor villain was not to be outdone by X-Men star Sir Patrick Stewart, 76, who took home the ‘legend’ prize. It took a touch of magic to outdo the superhero pairing as Eddie Redmayne led a trophy rush for Potter flick Fantastic Beasts And Where To Find Them, which led the way with four gongs at the Roundhouse in Camden, London. 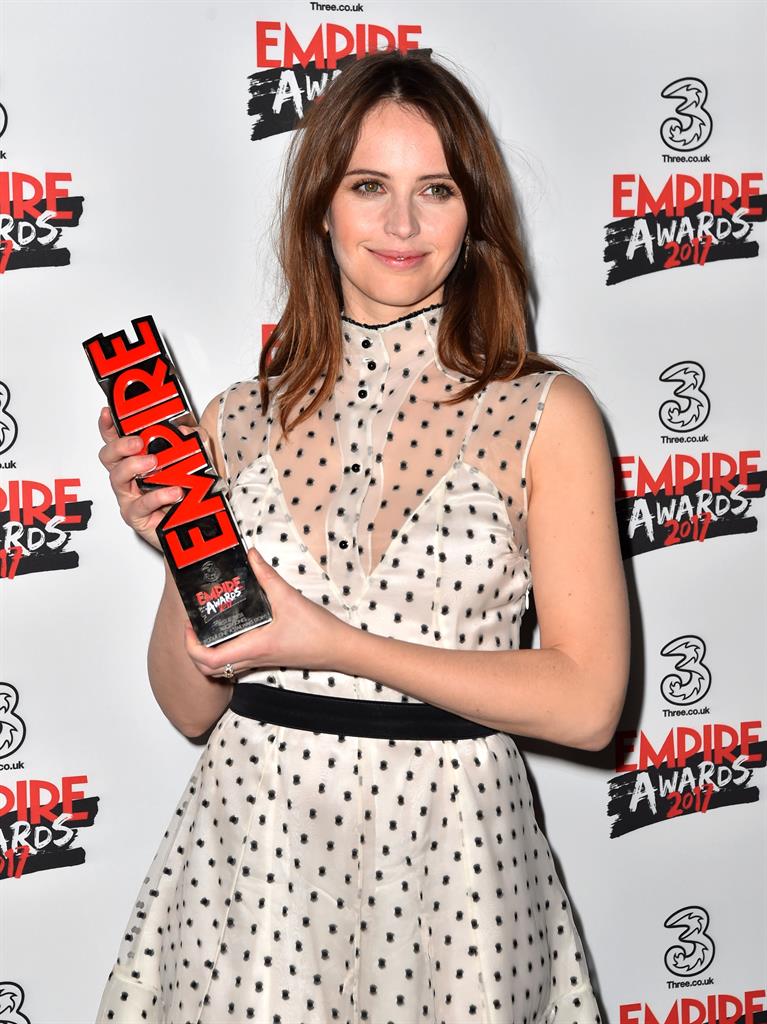 Felicity Jones made sure the force was strong for her own flick Rogue One: A Star Wars Story, when the 33-year-old bagged best actress, before the movie won best film, with director Gareth Edwards taking best director.

PREVIOUSTruth be told, Katy did a lot more than kiss a girl