TOM HOLLAND’S date at the London launch of Spider-Man: Homecoming was a different kind of WAG.

The 21-year-old Londoner followed the Tom Hardy school of thought in making fans swoon when he was joined on the red carpet by his pet Staffie, Tessa, yesterday.

Hardy went everywhere with his dog, Woody, who died recently — leading him to write an emotional obit online. And fellow British star Russell Tovey, 35, is regularly pictured with his French bulldog.

Perhaps Holland’s joining of the celebrity canine club is his competitive streak sparking up early — Hardy, 39, is set to play the web-slinger’s arch nemesis Venom in a Spidey sequel.

Holland was also joined by his co-star, US actress Zendaya, 20, at the photocall in the Ham Yard Hotel in Soho. 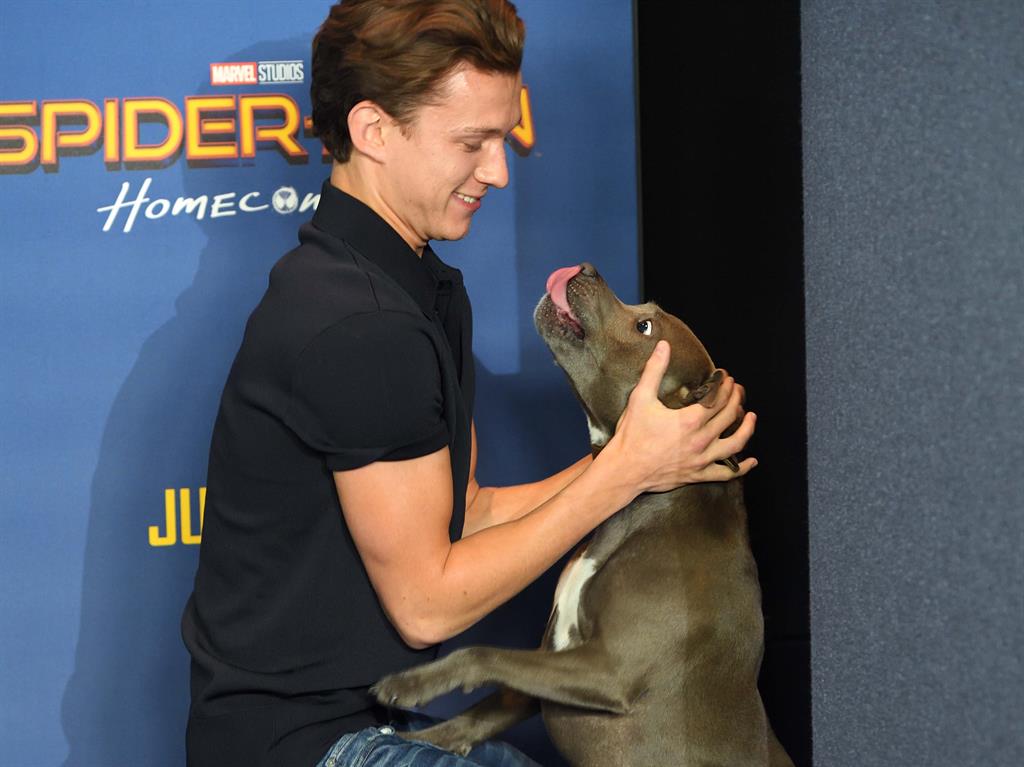