TOP GEAR’S The Stig has claimed a new Guinness World Record after he hit speeds of more than 100mph in a restored vintage bumper car.

To celebrate the return of the motoring show, the racing driver was tasked with getting behind the wheel of a souped-up 1960s dodgem.

The project to rebuild the dodgem involved YouTube star Colin Furze, who shows off his eccentric contraptions online. 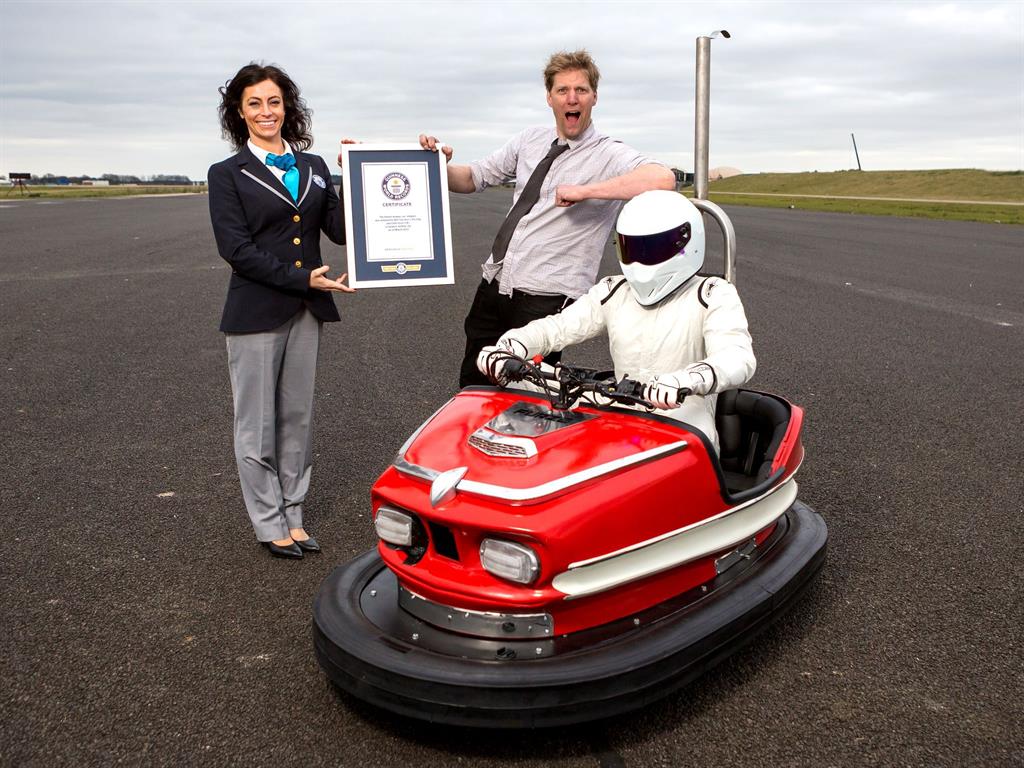 The addition of a 100 horsepower, 600cc Honda motorbike engine transformed the dodgem, which had an average speed of 5mph, helping the Stig set a new land-speed world record of 100.3mph.

Furze said: ‘Stig’s at his happiest when he’s making the slow fast, so what better way to celebrate the new series of Top Gear than by taking a rusty old bumper car and converting it into the ultimate fairground speed machine?’ 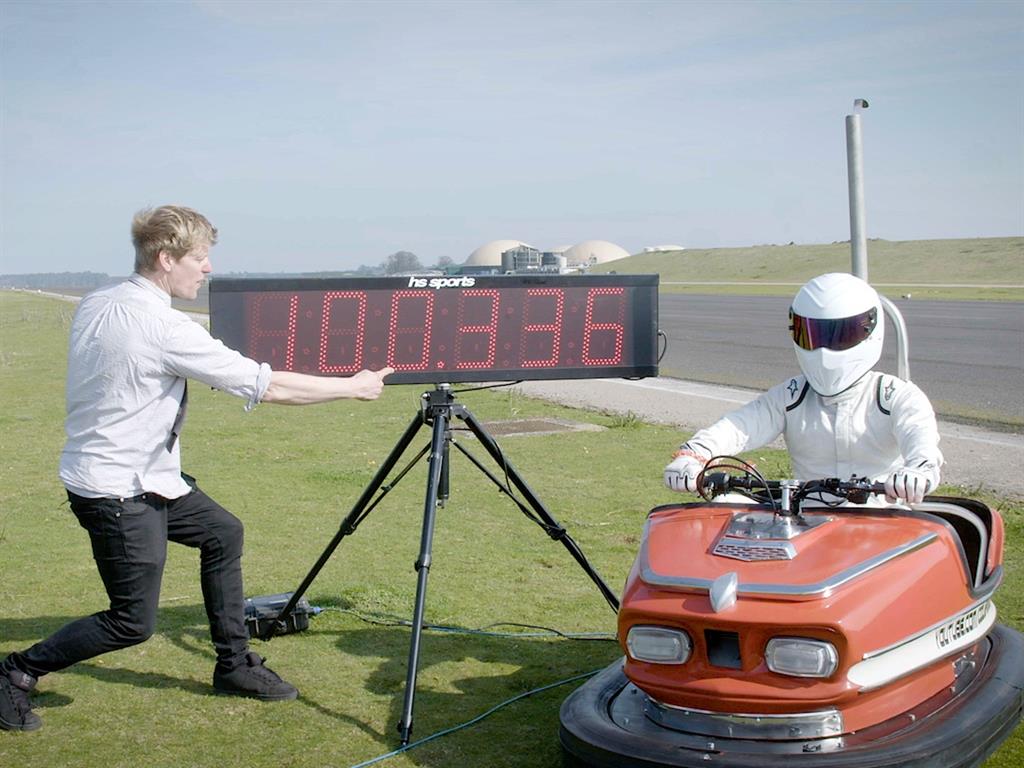 Guinness World Records adjudicator Lucia Sinigagliesi said: ‘We’re all used to seeing The Stig driving at high speeds — but he’s usually in a sports car and usually on a race track.

‘To see him hurtle past in a classic bumper car at 100mph was surreal, but hugely impressive. Equally as impressive is the engineering expertise of Colin Furze — the combination of their skills makes for record-breaking fun.’

Top Gear airs on Sunday at 8pm on BBC Two. To find out more about the record-breaking bumper car, visit www.topgear.com/dodgem.

PREVIOUSTake That take on the Proclaimers