Frontman Thom Yorke, 48, allegedly let rip with a sweary outburst when he was heard on the microphone saying ‘some f***ing people’ as he surveyed the vista on Glasgow Green before singing Myxomatosis.

The presence of the flags followed a petition signed by 14,000 people urging the band to can a gig in Tel Aviv in nine days. The petition was handed to Radiohead’s London-based record label XL amid anger that the show flouts a cultural boycott set up in 2005. 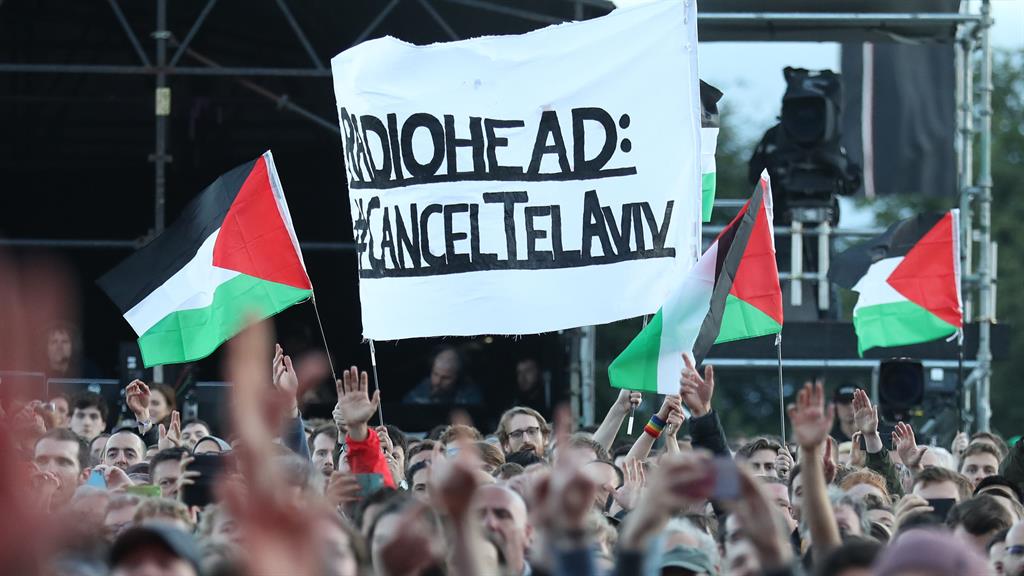 Meanwhile, fellow performers Twin Atlantic, a Glasgow band, suggested the three-day TRNSMT festival could be a long-term replacement for Scotland’s floundering T In The Park.

Lead singer Sam McTrusty said: ‘Compared to T In The P, it’ll be very different. Time will tell if that’s a good or bad thing.’