REALITY TV star Gemma Collins has said she is considering taking legal action over an incident at the Radio 1 Teen Awards in which she fell down a hole on stage.

The telly face, best known as a cast member of The Only Way Is Essex, made headlines after tumbling into a gap (pictured above) that appeared as she was addressing the audience at Wembley Arena.

Although she escaped serious injury, Collins said she had been left with bruising and in pain and was in shock after the fall.

Speaking to The Sun, the 35-year-old (pictured below before the incident) said: ‘I’ve got to consult a lawyer, yeah. The BBC, they’ve not been in touch with any compensation or anything — or even an apology.’ 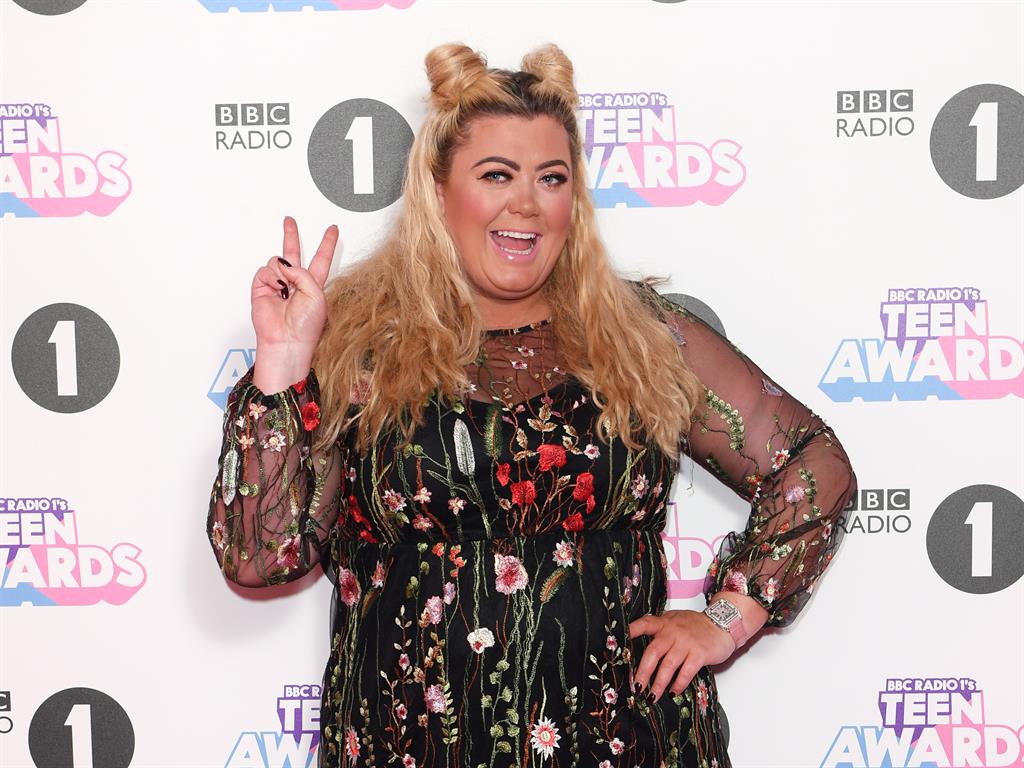 Collins said the incident amounted to’”negligence’, adding: ‘I am overwhelmed by everyone’s support but if we just take a minute and watch that clip back it could have been the end of The GC. I can’t back down from it.’

A Radio 1 spokeswoman told the newspaper that the BBC was awaiting a full report from the award show’s production company, Remedy.

‘They have told us that Gemma did receive a full briefing before going on stage,’ the spokeswoman said.

Collins had been on stage on Sunday to reveal Love Island as the winner of the Best TV Show prize when a hole opened beside her to lift contestants Amber Davies, Jamie Jewitt and Marcel Somerville up on a mechanical platform.

PREVIOUSWin tickets to the Yo! MTV Raps: London party