Tressed to impress! Harry’s growing back his long locks

HARRY STYLES is clearly making sure his famous long locks are back for his new career as a solo star. 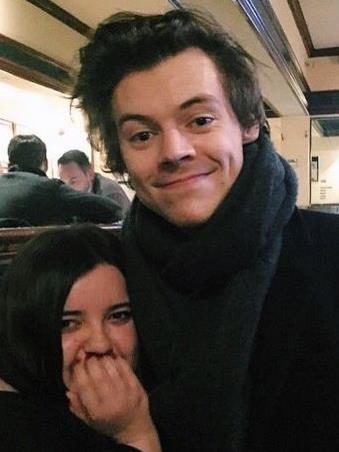 The One Direction heart-throb had lopped off his tresses to star in Hollywood war movie Dunkirk, but new pictures reveal he is growing back his much-adored waves.

The Drag Me Down singer showed off his new ’do at a New York restaurant this week as he happily posed for snaps with a fan and her family.

Revealing their conversation with the 23-year-old star, the fan tweeted: ‘My mom said, “Harry… I’ve spent so much money on you guys”, and Harry said, “I am so sorry”.’