Troye Sivan’s story: I’m not afraid to follow my raunchy side

TROYE SIVAN is standing by his steamy new sound — the openly gay pop star points out that no one complains when straight singers warble about their sex lives.

Turning up the heat as he embraces his sexuality in his songs, Troye argued: ‘If anybody ever tries to say I’m shoving anything in anyone’s face, I’m just doing the same thing all the straight pop stars are doing.’

The My My My! singer teased the ‘intimate’ follow-up album to his 2015 debut, Blue Neighbourhood. ‘I thought, “I have to be honest about what’s going on in my life”,’ he explained. ‘I want it to feel grimy and sexy.’

Currently loved-up with US model boyfriend and ‘best friend’ Jacob Bixenman, 23, Troye hasn’t always felt so comfortable in his own skin.

The 22-year-old still remembers being in tears over his first proper crush, Zac Efron. ‘I cried when I realised that I thought Zac Efron was hot… and felt really sick,’ he recalls. 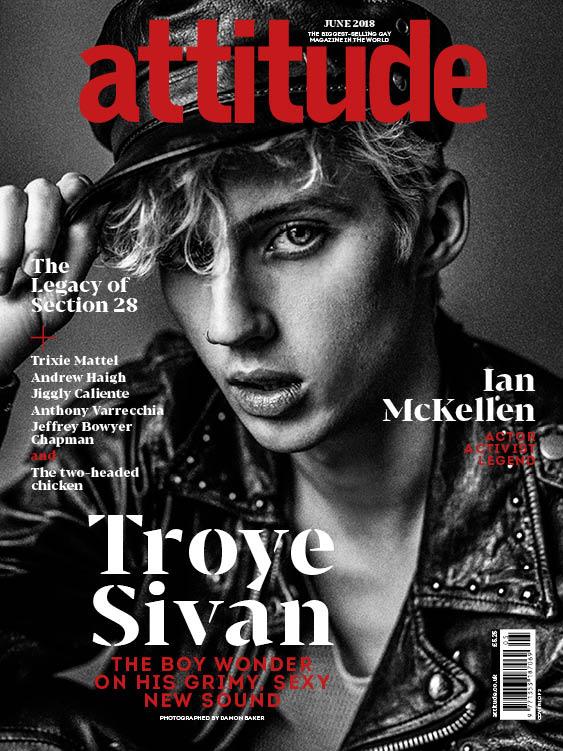 ‘It wasn’t, “This is just a little crush on a boy or something like that. I’m not just interested in this boy, I think that he’s hot”. And that was weird.’ Troye, who was born in South Africa but brought up in Australia, also admits to being ‘creeped-out’ as a teenager by his encounters with older men via online dating apps.

They inspired a track called 17. He explained: ‘Originally, the chorus of the song was, “Here he comes/Like he just walked out of a dream/Doesn’t care that you’re 17”.

‘I was like, “Uh, it sounds a little bit predatory”, and maybe it was a little bit… I’m not looking back on those experiences in a negative light or a positive light,’ Troye tells the newly redesigned Attitude magazine (out now in print and digital).