Unforgettable ire as U2 urge fans to take a stand

THE MTV EMAs took a political turn thanks to U2, who received the Global Icon gong last night — a day after playing in London’s Trafalgar Square.

The controversial Irish rockers were in the shadow of Nelson’s Column as they filmed the video for new track Get Out Of Your Own Way and handed out signs featuring slogans including ‘Refugees Welcome’, ‘Fight Back’ and ‘Resistance’. 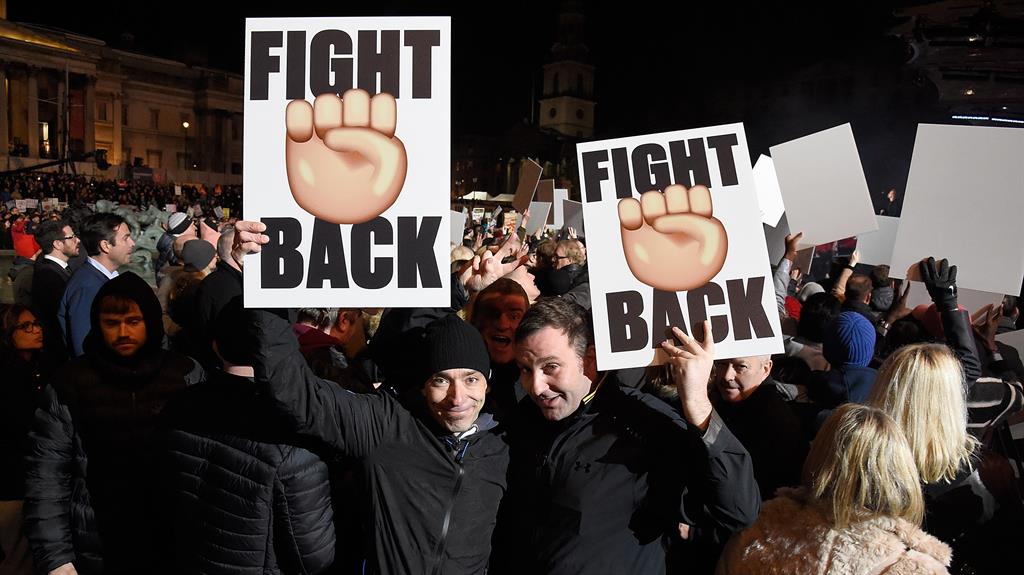 Frontman Bono told the crowd: ‘This square is a square of protest, so we’re handing out slogans. Some signs go back to the suffragette movement. Protesting, in the end, works. It gets things done, slowly and surely.’

PREVIOUSFamous Five: What happened this week in showbiz