Val Kilmer tweets up a storm about Cate Blanchett

VAL KILMER has revealed his love for fellow actor Cate Blanchett in a series of tweets.

Kicking things off, the Top Gun actor revealed that he had once taken a flight to Australia just for a chat with the Lord Of The Rings actress. 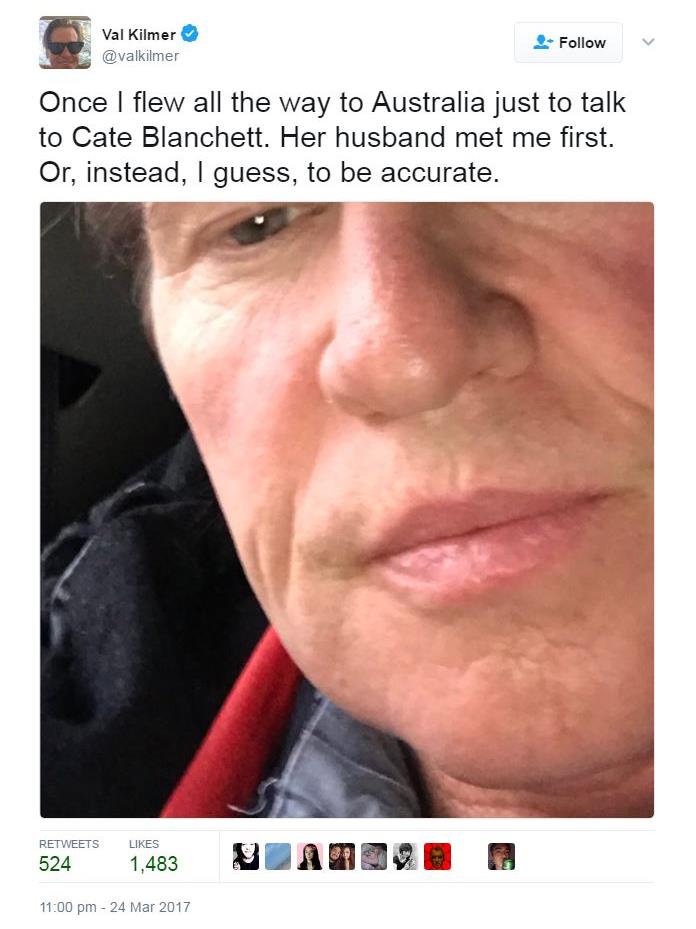 He then went on to say he’d dreamt about her.

‘And recently I’ve had 2 dreams with #CateBlanchett in them. Her husband wasn’t in either of them,’ he tweeted.

Getting into his stride, Kilmer tweeted: ‘She’s just as amazing in person. Some super stars aren’t-Some superstars don’t do a thing to ya in person-Cate is so real it’s almost unreal’.

And he revealed that his admiration stems from a time the pair once worked together.

‘Once I did a cameo just to hang w/ #cateblanchett who pickd up a shovel in our sc. I was so dazzled by HOW she picked it up I forgot my line,’ he posted.

Val then posted an image of Cate herself, alongside the caption: ‘I mean even if she couldnt act you know what I mean?’ 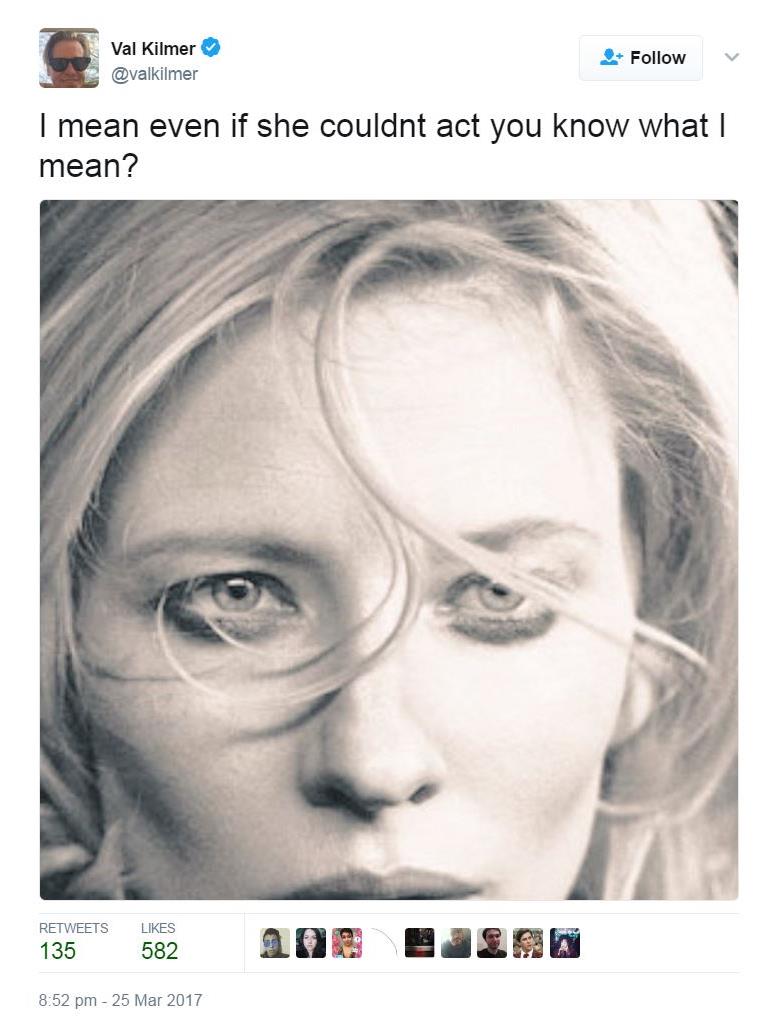 As Twitter users piled in to ask what he was playing at, Kilmer defended his declarations.

‘I’ve never done said or written a single idea that wasn’t of the highest respect and admiration for #cateblanchett or any other great talent,’ he tweeted.

‘She’s a friend of mine and I’ve met her husband thru the years and we’ve all gotten along just fine. Anyone who thinks I need to curb my enthusiasm for a great rare artist doesn’t understand how difficult the job is and how we artist count on the respect of our peers.

‘She will back up every word I say n love that I say I love her. I would love an actor I didn’t even enjoy if he flew the world to talk about a role.’

PREVIOUSPutting it Bluntly… Beautiful is not a song for weddings

NEXTMay the Barlow be with you