STRICTLY Come Dancing evictee Vick Hope has sparked a fix row by claiming producers had a ‘strange conflab’ with judges before Shirley Ballas kicked her off the show.

The Capital FM Breakfast Show host, who lost out to Seann Walsh and Katya Jones in Sunday’s dance-off, told her listeners yesterday: ‘It was very strange. So after the dance-off, the judges have to give their decisions but there was a bit of a conflab with some producers and then they gave their decisions.

‘It was just stunned silence in the studio, a really weird atmosphere,’ the 29-year-old added. 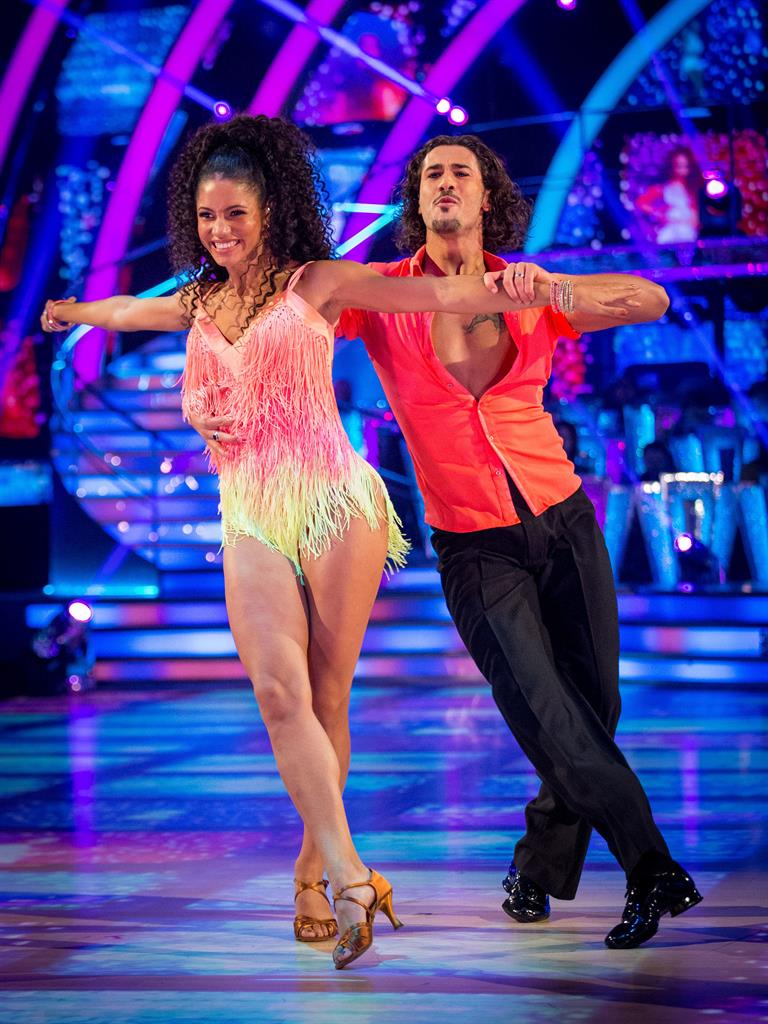 ‘I’ve gotta be careful what I say here,’ she said. ‘It was from week one that people were suggesting there was something there.

‘It’s been consistent, and Saturday I really felt it was just weird, wasn’t it? I’d never really been spoken to like that. She really relished in it.’

But the BBC last night refuted the DJ’s claims. ‘It is categorically untrue to imply producers tell the judges who to save,’ a spokesman said.

‘Each judge votes on each dance independently, based on its merits and their expert opinion. Judges use an electronic voting pad to transmit their choice of who to save to the production gallery, which is then locked in and cannot be changed.

‘Only after this does a producer speak to the judges. The process was exactly the same this weekend.’

Last night, on the It Takes Two show, a tearful Vick said she ‘respects’ the judges’ decision. ‘I respect them so much because they are the best in their field, so whatever they say, it goes,’ she told presenter Zoe Ball. ‘And I understand that it’s the way the show works. They didn’t think we were the best couple and that’s cool.’

She became emotional as she spoke about how ‘lucky’ she was to have been part of Strictly and she revealed many mums had sent her clips of their daughters crying at her dismissal.

‘Today feels better because at the end of the day, I got to do this incredible thing — I’m so lucky,’ she said. ‘What an amazing platform and opportunity to connect with an audience I wouldn’t get to connect with anyway — it’s been really amazing.’

NEXTDavid Beckham still gets stressed about meeting with Nelson Mandela