VICTORIA BECKHAM is suing a takeaway over a ‘thoughtless’ advert that claimed its pizza crusts were thinner than the former Spice Girl.

The singer-turned-designer hit out after a caricature of her, wearing a sash which reads: ‘Anorexic Fashion Icon’, was put on a shop’s delivery van.

But bosses at the shop vowed to remove the advert after the mum-of-four branded the message ‘inappropriate’. 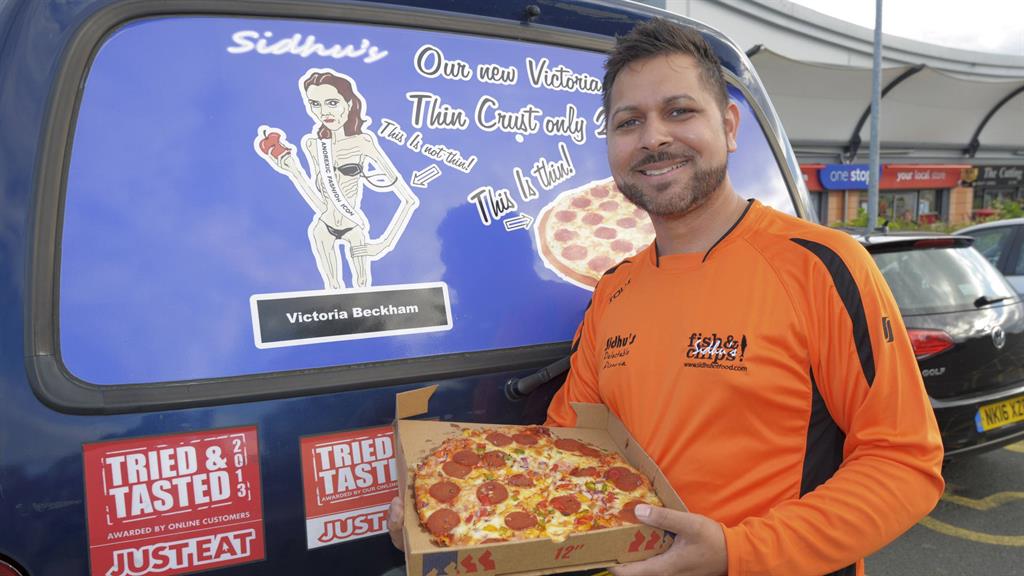 The decision came after a spokesman for the 43-year-old, said: ‘It is highly inappropriate to trivialise such a disorder, and defamatory to be so thoughtless with a person’s reputation in this way. This is now a legal matter.’

Victoria also won backing from an anorexia charity, which said the ‘appalling’ advert ‘put people at genuine risk’ of eating disorders. Following the furore, a worker at the shop in Battle Hill, North Tyneside, last night said: ‘No official complaint has been made but the owners have decided to take the offending poster down. We are a small business, we’re not about causing aggro.’

The unnamed worker added: ‘We’re about having a laugh and making people smile. We don’t want to offend anybody. If somebody doesn’t smile then all the fun is out of it.’

Takeaway boss Soni Sidhu earlier insisted he ‘recognised how serious eating disorders are’ and had never intended to ‘make light’ of the issue.

But Marg Oaten, co-founder of eating disorder support service Seed, said he should ‘hang his head in shame’.

‘Twenty per cent of people who suffer eating disorders die each year. To trivialise anorexia in such a way is appalling,’ she added.