SOCIALITE Tamara Ecclestone has caused some viewers to ‘feel sick’ after claiming on her new show that she has a ‘normal’ family life.

Tamara’s World debuted on ITVBe this week, giving fans an insight into the lavish lifestyle of former F1 boss Bernie Ecclestone’s daughter, with her husband, Jay Rutland, and daughter Sophia (Fifi), in a mansion staffed by 50 people.

In the show, Tamara introduced the audience to the household team, including a chef and a dog-walker, all managed by personal assistants Megan and Dani.

Describing her life as ‘very fulfilled’, the 33-year-old model insisted: ‘We are completely bonkers, but normal at the same time.’ 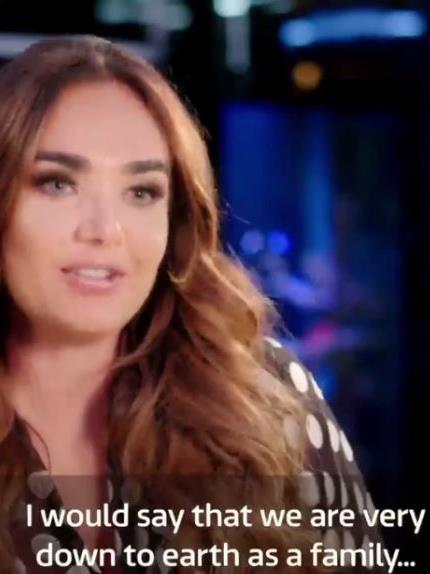 Not everyone agreed, with one viewer posting: ‘”We’re completely normal” with your staff and butlers, course you are darlin #TamarasWorld.’

Another joked: ‘If only I had a servant to rearrange the ears on my soft toys #TamarasWorld.’

Tamara also claimed: ‘I try not to spoil Fifi.’

But this didn’t sit well with one viewer, who tweeted: ‘I try not to spoil fi fi but I’ve just converted half my house into a soft play area size of a small football pitch!’

And another viewer was adamant that: ‘#TamarasWorld is making me feel sick to watch’.

But plenty of people warmed to Tamara, with one posting: ‘Love @TamEcclestone a bit more that’s she’s in her pj’s round the house in the day!’

And another defended her lifestyle choices, saying: ‘I love Tamara and if I had all the money to spoil my kids I would! I don’t blame her one bit.’

Tamara’s World continues on ITVBe at 9pm on Wednesday, as the parents prepare for Fifi’s return to nursery