Water effort… Harry Styles is walking on waves to No.1

HE CAN sing, act and now Harry Styles has set out to prove he can also walk on water.

The 1D star is seen tottering atop the waves of the North Atlantic in scenes from his first solo pop video for rock ballad Sign Of The Times.

Fans had already seen glimpses of Harry dangling from a helicopter by a rope for the shoot. 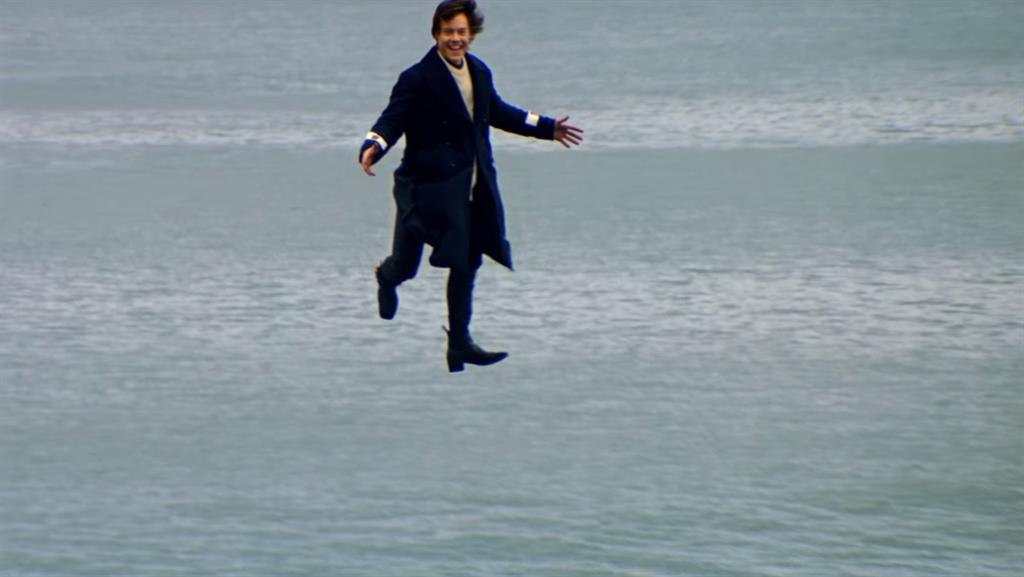 And no special effects were used to show him float past stunning scenes, including waterfalls on the Isle of Skye, for the video.

The singer, 23, was strapped to the aircraft and flown at a height of up to 1,550ft for the shoot, sources have revealed.

Harry, who is set to top the charts with his self-titled album, is seen disappearing into the sunset at the end of the video.