Wham! Not a Good Morning for Piers Morgan

PIERS MORGAN wasn’t having a good day as he managed to get into an online spat with former Wham! member Andrew Ridgeley and make a fool of himself in front of Love Island contestants whom he’d labelled dim.

The outspoken Good Morning Britain host branded George Michael’s former bandmate an ‘insufferable d***’ after putting him through an awkward interview in which it was clear Ridgeley was not keen to reminisce.

When Piers asked him what it was like to walk away from the music industry after Wham! split up, Ridgeley responded tersely and when Piers probed him about how he was coping with losing Michael, he directed the conversation back to the charity he is promoting, saying: ‘I imagine like anyone else, would imagine like anyone else does. There is a period of grief and it’s a difficult adjustment.

Later, Piers took to Twitter to vent, writing: ‘Many thanks to Andrew Ridgeley for being such an insufferable d*** today — much appreciated!’

Perhaps he was still feeling sore from getting his maths problems mixed up in a separate chat with three ex-Love Island contestants, though?

Piers has made no secret of his dislike for the ITV2 dating show, but it was still pretty schocking when he introduced Kendall Rae-Knight, Charlie Frederick and Hayley Hughes by saying: ‘I am two feet away from three of the dimmest people in Britain.’

He then went on to pose them a question about Pythagoras’s theorem — but when challenged to answer it himself by co-host Susanna Reid, he got it mixed up with Pi. Oops!

When Susanna pointed out he’d ‘showed himself up’ on live TV, he admitted he’d been ‘mugged off’.

Piers didn’t let it get him down, though, as he later posted pictures of himself with Susanna and some other famous faces at Royal Ascot. 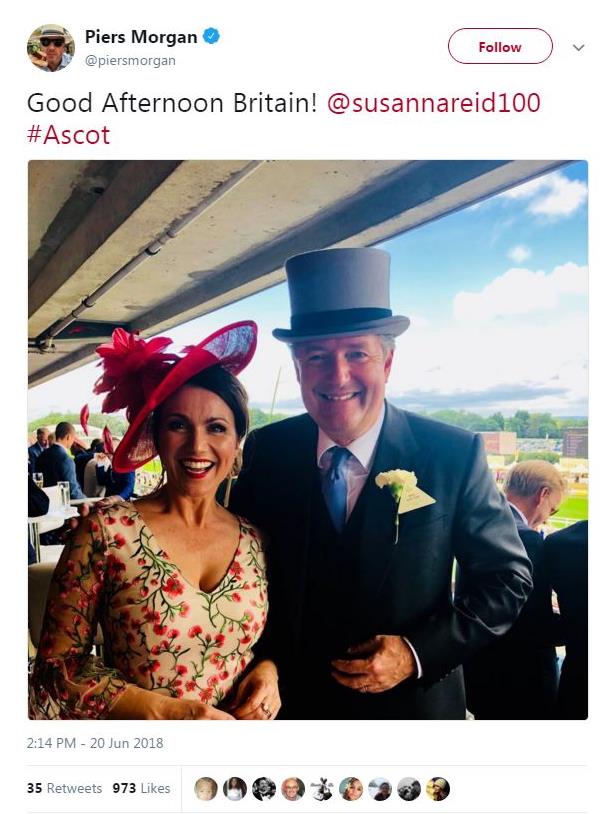 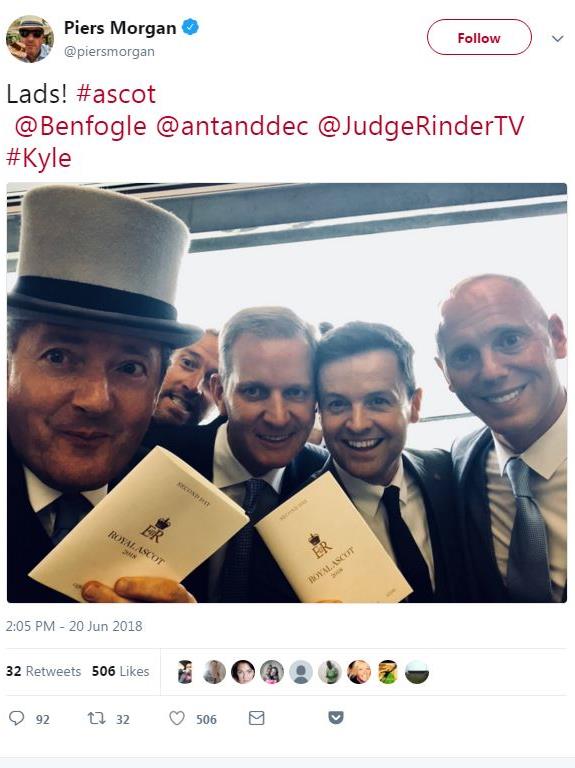