JOAQUIN Phoenix is to join the illustrious list of actors who have played Batman’s arch-nemesis The Joker, it has been announced today.

The unconventional Gladiator actor is an inspired choice for the role, which has been played variously by Heath Ledger, Jack Nicholson and, in the TV cartoon series, Mark Hamill.

But this time The Joker, not the caped crusader, will be the focus as the new movie is billed as an origins story for the comic book villain.

Ironically, considering the character’s name, Joaquin is not exactly known for bringing the LOLs to his roles, taking the lead as he has in Johnny Cash biopic Walk the Line, playing Jesus in Mary Magdalene and acting as a troubled vigilante in You Were Never Really Here.

But it doesn’t sound like this new film will be a barrel of laughs anyway, as it’s being described as an ‘exploration of a man disregarded by society… a gritty character study, but also a broader cautionary tale’.

With The Hangover’s Todd Phillips at the helm and Joaquin doing his usual wacky thing, it should be interesting at any rate. But it has a rival.

Funnily enough, Jared Leto (pictured below) is starring in a rival Warner Brothers picture, while Phoenix’s Joker will be a standalone interpretation on the character, unconnected to the DC universe of Justice League and Suicide Squad. 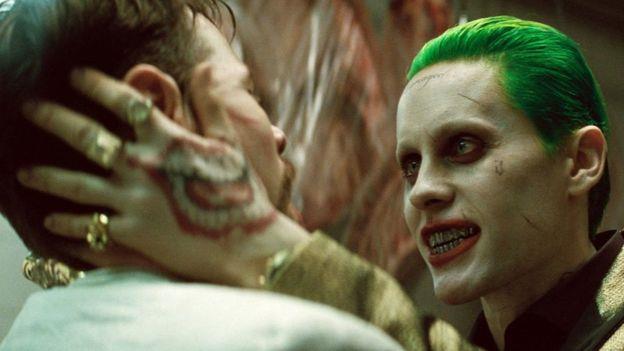 The cameras are set to roll in September with a potential 2019 release.