Where can you find Fantastic Beast Jude Law? In a cinema

A CINEMA worker who posed for a selfie with Jude Law was stunned to receive an email from the Hollywood star.

Connor Walter was asked by his manager to keep an eye on a man in a hoodie ‘acting strangely’ at Bath’s Odeon last week. But he instantly recognised Law when he tore his ticket for the film Detroit.

After the film the 23-year-old asked the two-time Academy Award nominee to pose for a photograph, before handing him a note praising his work and giving his email address.

Just half an hour later Law dropped him a message ‘from one movie madman to another’, thanking him for his note and apologising for rushing off. 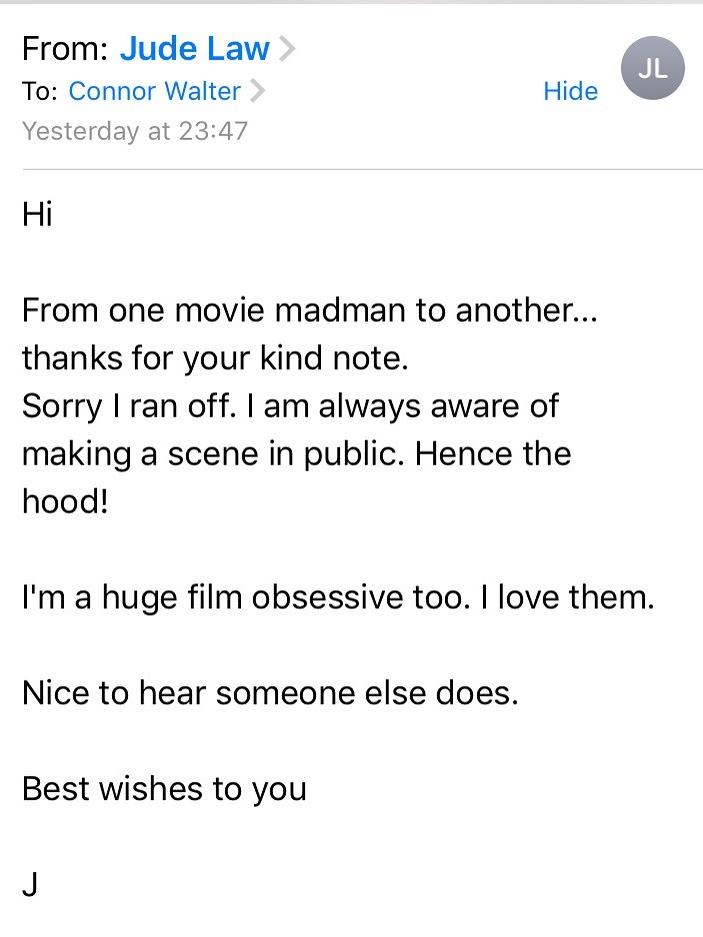 The Alfie star added: ‘I am always aware of making a scene in public. Hence the hood.’

Connor said: ‘I haven’t stopped thinking about it since.’

Law is filming Fantastic Beasts and Where to Find Them 2 in Wiltshire.