JAY-Z reckons flying to another country for dinner will be as easy as ordering an Uber car within a few years.

The hip hop mogul predicted it won’t be long before people are swanning about like rock stars after he ploughed millions into a private jet scheme.

Confident it will take off, the 47-year-old explained: ‘Within five years, if you have the money you are going to be able to order a private jet as easy as you can order an Uber now. 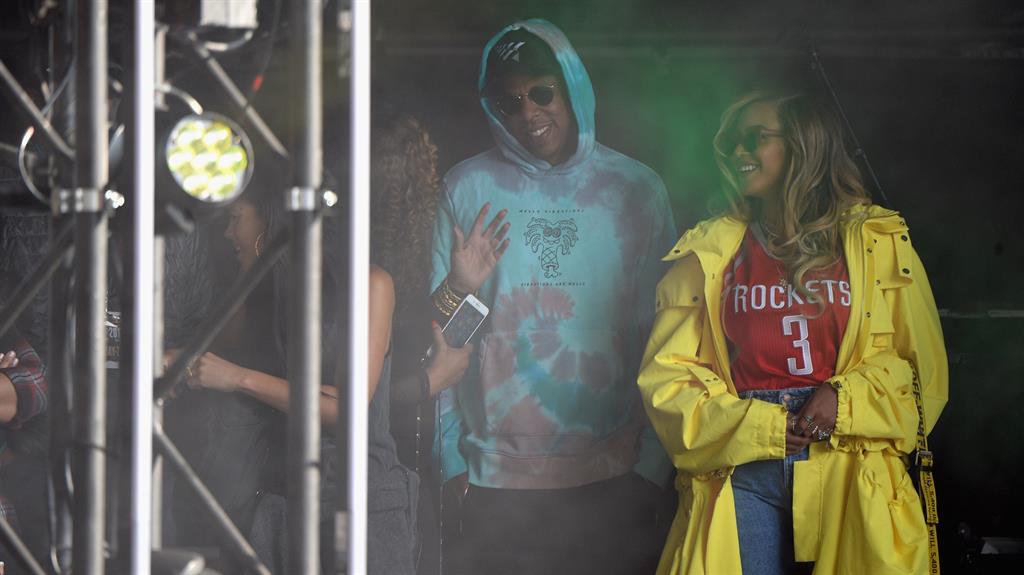 The billionaire is so convinced of success, he has put his money where his mouth is. ‘I guarantee you this is the way the world is going,’ said JAY-Z. ‘In business you have to be a visionary. It’s not just looking at an idea that’s going to make an overnight fortune — it’s about looking at an idea that in five or ten years’ time is going to be looked back on as ground-breaking.’

Last year it was reported that JetSmarter, the ‘Uber for private jets’ firm backed by JAY-Z, had more than £80million in investments.

Meanwhile, he didn’t have to travel far to shower his wife Beyoncé with birthday love on Sunday. She was at his gig in Philadelphia, part of Budweiser’s Made In America Festival. Singling out the birthday girl, who turned 36 yesterday, he said: ‘Happy birthday my love.’