World’s most expensive footballer Neymar shows off style… and substance

FOOTBALL superstar Neymar is ready to give model sportsmen Lewis Hamilton and Cristiano Ronaldo a run for their money in the wardrobe stakes — but admits being a sex symbol is ‘weird’.

The Brazilian forward, who posed in white hot pants and blue fur coat for Peruvian fashion photographer Mario Testino, says being lusted after comes easy. ‘I’m aware of that,’ he joked of his pin-up status, adding: ‘It’s weird but I’m getting used to it.’

However, he says posing is as far as he will take it — and he certainly won’t have a crack at acting like fellow style icon footballer David Beckham.

‘I couldn’t become an actor. Not a good one at least,’ he concedes. 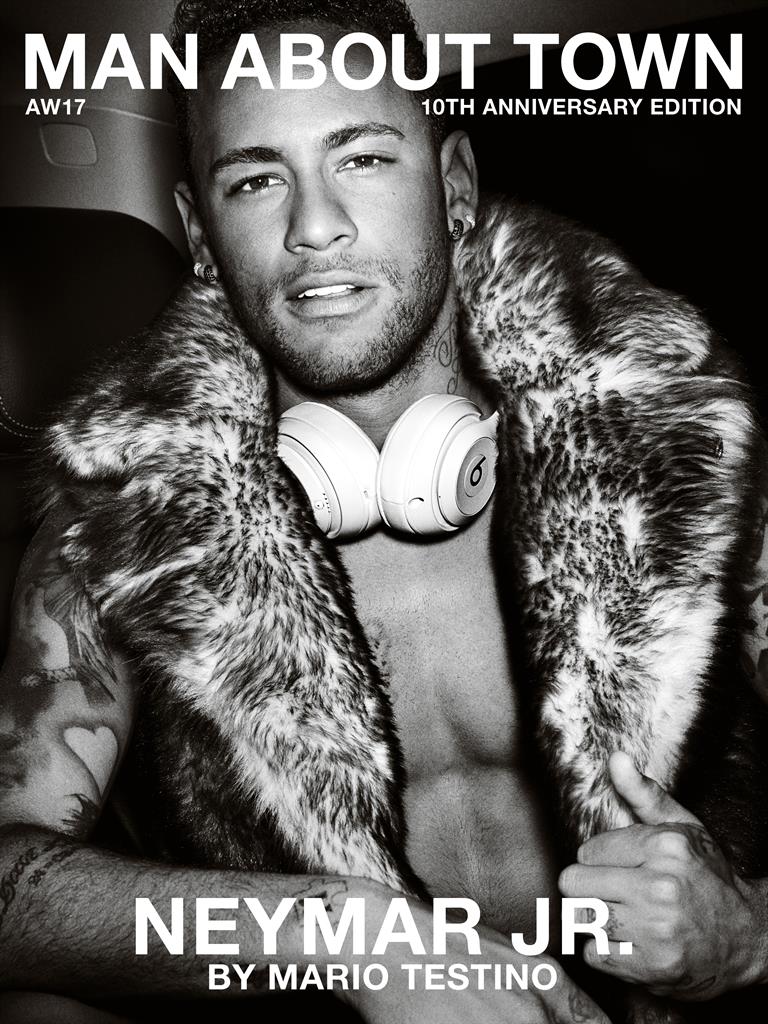 Instead the 25-year-old wants to spend his time doing charity work following his £200million summer move from Barcelona to Paris Saint-Germain.

The dad-of-one says he gets the fact fans were shocked at the size of the record-breaking transfer fee — and his reported £775,000-a-week salary.

‘I do understand,’ he insists, adding: ‘Especially in the world we live in, because it’s an impressive number. But nowadays, that’s how football is and I keep playing my football.’

The world’s most expensive player said he aims to repay fans’ faith in him by tackling prejudice all over the world.

Discussing homophobia in the game, Neymar said footballers should have the ‘freedom’ to come out as openly gay. He told Man About Town magazine: ‘I’m always respecting other people’s rights. People should have the freedom to do whatever they want to do.

‘When somebody, somewhere, suffers any kind of prejudice or social segregation, it is a big problem,’ he added.

For now, he is focused on being the best dad he can be to six-year-old son Davi Lucca.

‘Davi Lucca is the greatest gift that God could ever send me,’ he added. ‘He is my only son, so he taught me everything about being a father.’

NEXTTwo worlds of Stranger Things and GoT collide in London