KASABIAN’S Serge Pizzorno showed plenty of pluck as he revealed what his biggest pet peeve with the music business is… writing by committee.

In an exclusive chat with Guilty Pleasures, the band’s guitarist told us why the charts are missing strum-thing special these days.

‘It’s the “writing team” thing,’ Serge explains. ‘I understand it, it’s like American TV shows, the reason why they’re so great is because 15 people in a room write it.’

‘I can’t deny the tunes they’re writing,’ he adds. ‘I just have time for that band that gets in a room and smashes it, or a singer-songwriter… you get them… you get a feeling of their soul.’

Serge moves on to describe the penning of songs as ‘torture’. ‘I’m sure I speak on behalf of any songwriter trying to get something together. You write one that’s great, then someone comes along, “I wrote the top line melody”, “I wrote the chorus” — f*** you,’ he says.

Dad-of-two Serge — who last year wed long-term girlfriend Amy White — knows an artist who is full of soul, though. ‘Paolo Nutini,’ he gushes. ‘I love that guy.’

Indeed, the 36-year-old would put good Moneypenny on the Scot shaking and stirring fans for the next 007 soundtrack.

‘Switch it up, he should sing the Bond theme,’ he adds.

This summer, Serge and the boys — singer Tom Meighan, bassist Chris Edwards, both 36, and drummer Ian Matthews, 46, — stormed the UK album charts with sixth LP For Crying Out Loud.

Trust us, it’ll be a great show

KASABIAN are all Fire-d up to perform a gig for the Teenage Cancer Trust next year.

Expect the indie outfit to raise the roof at London’s Royal Albert Hall on March 24. 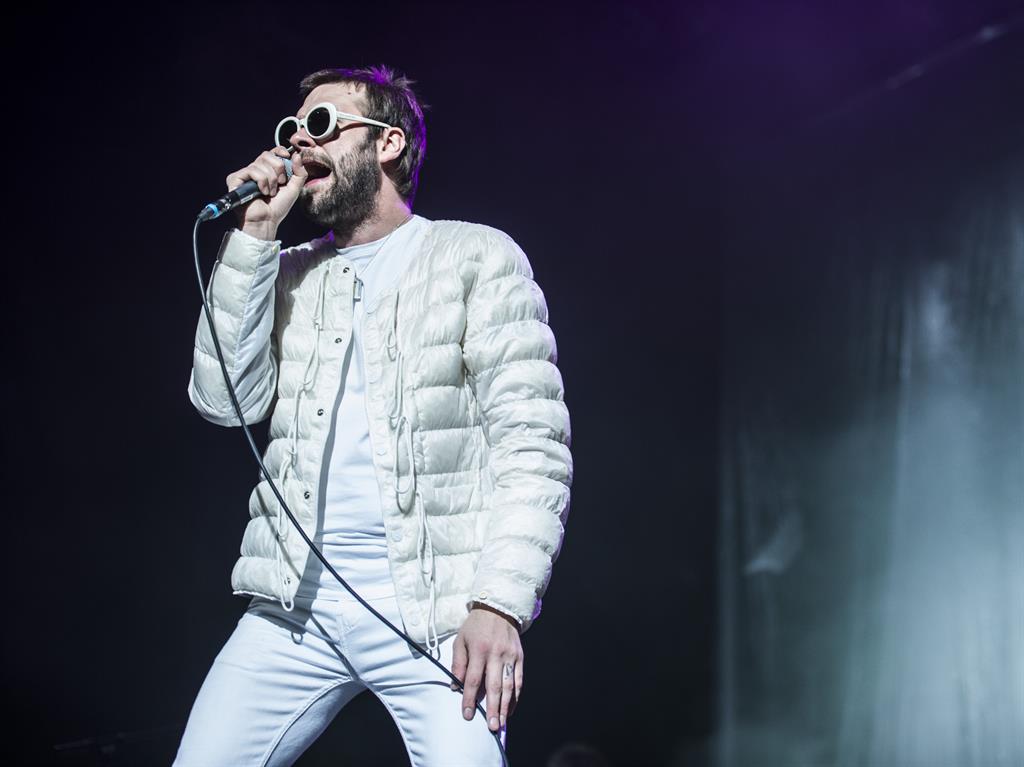 It will be their fourth show at the annual bash — started by The Who’s Roger Daltrey in 2000 — which has raised £27million for cancer sufferers.

Singer Tom said: ‘It is a show we come back to for the special atmosphere and the amazing cause.’

Tickets go on sale Friday. Log on to royalalberthall.com.