ANDY MURRAY made a real four-letter racket thanks to a rude awakening from Michael McIntyre.

An unsuspecting Muzza was targeted for a TV prank which went… smashingly. 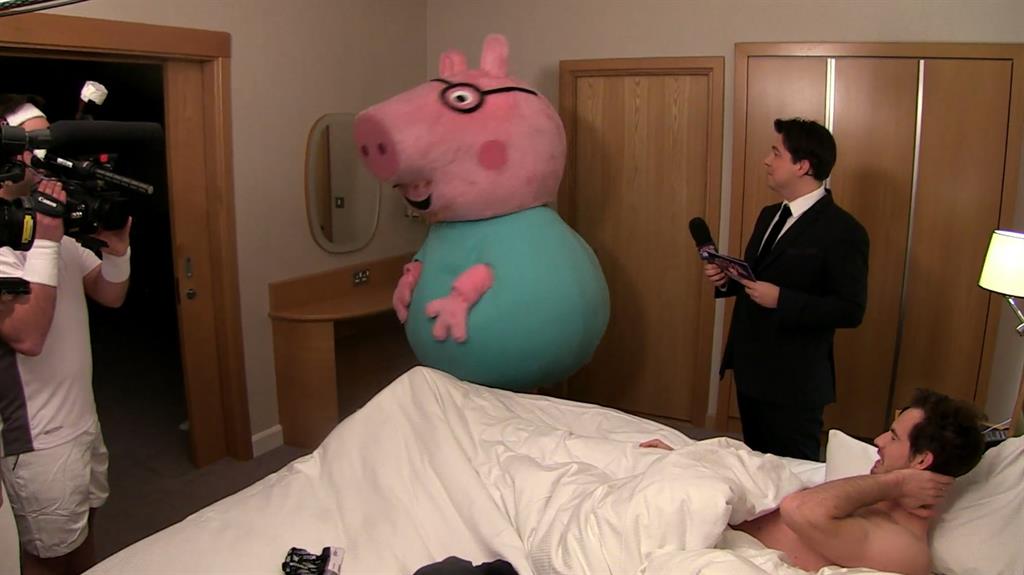 McIntyre, 42, crept up on the two-time Wimbledon champ while he was asleep in bed at a training facility. ‘Holy f***!’ screamed 30-year-old Andy, who later described the comic as ‘the last person I expected to see’ in his room.

Moments later, the father-of-two was joined by another uninvited roommate… Peppa Pig’s dad.

The scenes will air as part of BBC One’s Sports Relief coverage at 7pm on Friday.

NEXTToni Braxton: Medics warned my career was over