JUSTIN BIEBER may have been battling a hangover during his star-studded set at British Summer Time yesterday.

Parygoers couldn’t Belieb their eyes when the Sorry singer hit the town for a night on the tiles — with Brooklyn Beckham.

And a night on the sauce worked wonders for the star, 23, ahead of his gig at Hyde Park last night.

Justin — who was hard to miss in a bright yellow beanie hat, multi-coloured sweatshirt and jogging bottoms — emerged from London nightclub Tape with a big grin on his face early yesterday. 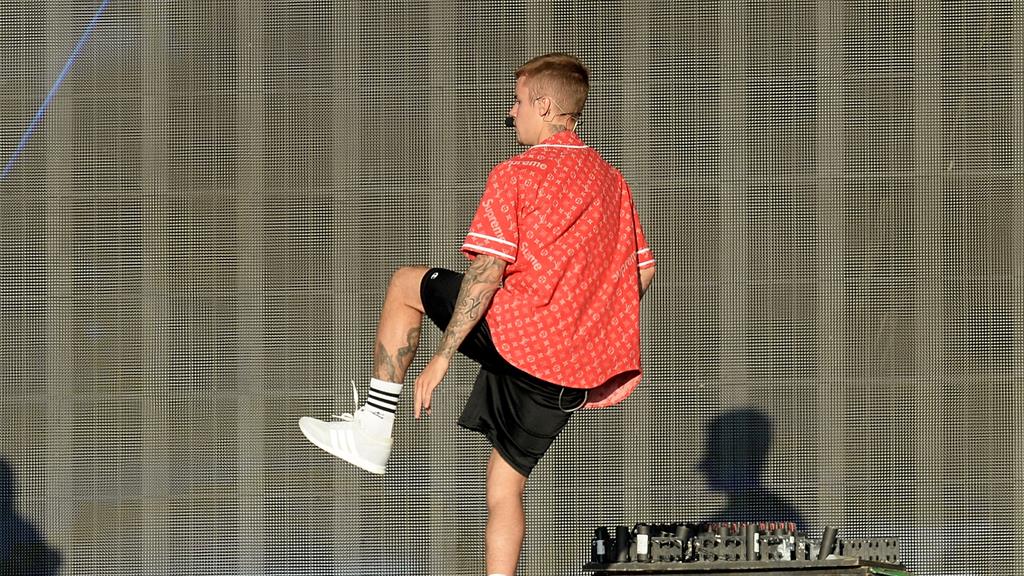 Brooklyn, 18, cut a much smarter figure in an all-black outfit — complete with top-knot ponytail.

It was clear Justin had shaken off any residues from the night before when he took to the stage in front of a celeb-studded crowd. Supermodel Kate Moss was among the high-profile names on the guest list for his performance, as was party pal Brooklyn.

PREVIOUSYou Me At Six’s Josh Franceschi talks Drake and pranking