KELLY CLARKSON says her dream music career turned to ‘hell’ when her old music bosses tried to force her to be someone else.

Revealing why she had to Breakaway from label RCA Records after 15 years, the US singer exclusively told GP: ‘I was tired and working with people who weren’t good people. It made me miserable.’

The star added: ‘The first five years of my career were just hell. Everybody wanted me to be something that I wasn’t, look like something I wasn’t, sing something I didn’t want to sing.

‘I wish I’d stockpiled these POS [pieces of s**t] songs that would come my way. They’d be like, “This is going to be amazing”, and I’m like, “How come no one else has cut it, then?”’ Despite enjoying chart success — including a UK No.1 and nine UK top ten hits — Clarkson admits fame came with a price.

‘We were very successful, I’m not pooh-poohing that but it doesn’t mean happiness.’

However, the future is looking bright for the 35-year-old, whose eighth album Meaning of Life — her first with Atlantic Records — is out on October 27.

‘At this point in my life, I’m not working with people I don’t want to work with,’ she said. ‘It’s been an environment that’s more productive, you know, constructive criticism. Everybody has been respectful and honest.

‘This record, this whole experience, I don’t even care if I’m successful, because I’m so f***ing happy,’ beamed the ex-American Idol winner. Her new track, Love So Soft, is out now. 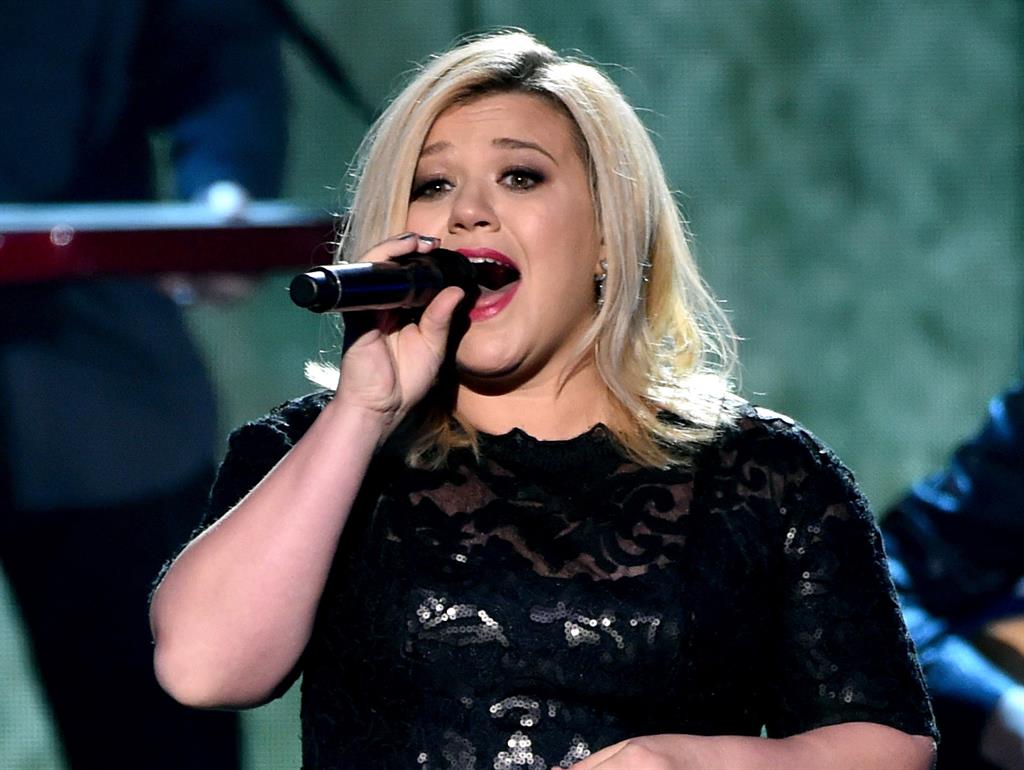 KELLY has no trouble putting ‘fat-shaming’ trolls in their place, but fears for fans who are not strong enough to do the same.

Taking no prisoners, the mum-of-two hit out at web users who comment on her weight.

‘Not everybody has a thick skin like me,’ she added. ‘Not everybody comes with this armour.’ However, the star thinks showbiz is starting to embrace artists of all shapes and sizes.

‘We like to see real people do remarkable things,’ she said. ‘Fans love the artist and their art, not necessarily if they look perfect. It’s bringing back quality music.’

Why I snubbed pact with Idol Perry for rival show

SHE may have made her name on American Idol but Kelly Clarkson has turned down an offer to return to her roots.

The singer has snubbed the chance to join Katy Perry as a judge on an upcoming reboot of the series.

Instead, she’ll occupy a spinning chair as a judge on rival show The Voice US.

‘I was definitely approached,’ confirmed Clarkson, the first-ever winner of Idol in 2002. ‘But I was already in the works with The Voice,’ she said. And she prefers The Voice over the show that gave her a big break as it rewards ‘talent… first and foremost’.

Kelly also admitted she didn’t like debut song A Moment Like This as ‘it’s not my jam’.

NEXTCrying his heart out! But Liam Gallagher labels Noel’s tears a ‘PR stunt’