BUSTED’S Charlie Simpson can’t wait to be knee-deep in nappies again — after exclusively telling Guilty Pleasures he is to become a father for the second time.

In a candid catch-up, Charlie dropped the news that he and his wife Anna Barnard — who already have a two-year-old son, Arlo — are expecting another baby.

Asked how becoming a father had changed him, Charlie grinned: ‘I’ve just found out we’re having a second! I’m super-excited.’ 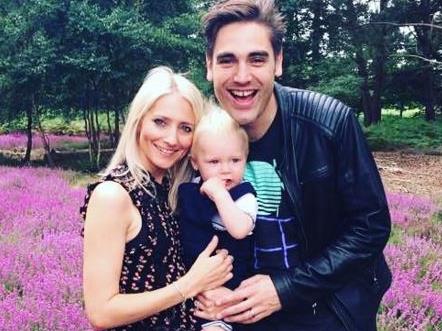 The Year 3000 singer is keeping mum about the baby’s sex. ‘We do know, but I want to keep it a secret,’ he said. ‘I haven’t actually told anyone she is pregnant yet!’

Charlie, 32, admitted it would be ‘crazy having two little ones running around’, but assured fans the news won’t affect the band’s triumphant revival. Last month their barnstorming Glastonbury set shut down the festival’s Field of Avalon due to overcrowding.

Charlie isn’t the only dad in the group — Matt Willis, 34, has three children — Isabelle, eight, Ace, five, and one-year-old Trixie Grace, with his TV presenter missus Emma, 41. ‘We all have an understanding,’ said Charlie. ‘However we schedule our time, we keep in mind that we have to see the family.’

Busted — completed by James Bourne, 33 — will be at CarFest North on July 28, and South (August 27). Extra tickets for Chris Evans’ annual shindig go on sale tomorrow at carfest.org.