ENRIQUE IGLESIAS is making a real racket with his tennis ace missus Anna Kournikova these days… as he opens up about the importance of sex.

In an exclusive catch-up with Guilty Pleasures, the Spanish heart-throb revealed he has only recently hit the court with the ex-tennis champ despite going out with her for 16 years.

‘It’s funny, we’ve been together for a bunch of years, but it’s only in the last couple that we’ve actually started playing,’ he said.

Not that Enrique is a match for the Russian beauty, 36, who reached No.8 in the world and secured two Grand Slam titles with doubles partner Martina Hingis before retiring aged 21.

‘Are you kidding me? I try to be competitive, but that’s when you realise you’re an amateur playing a pro — it’s not even close,’ he said. 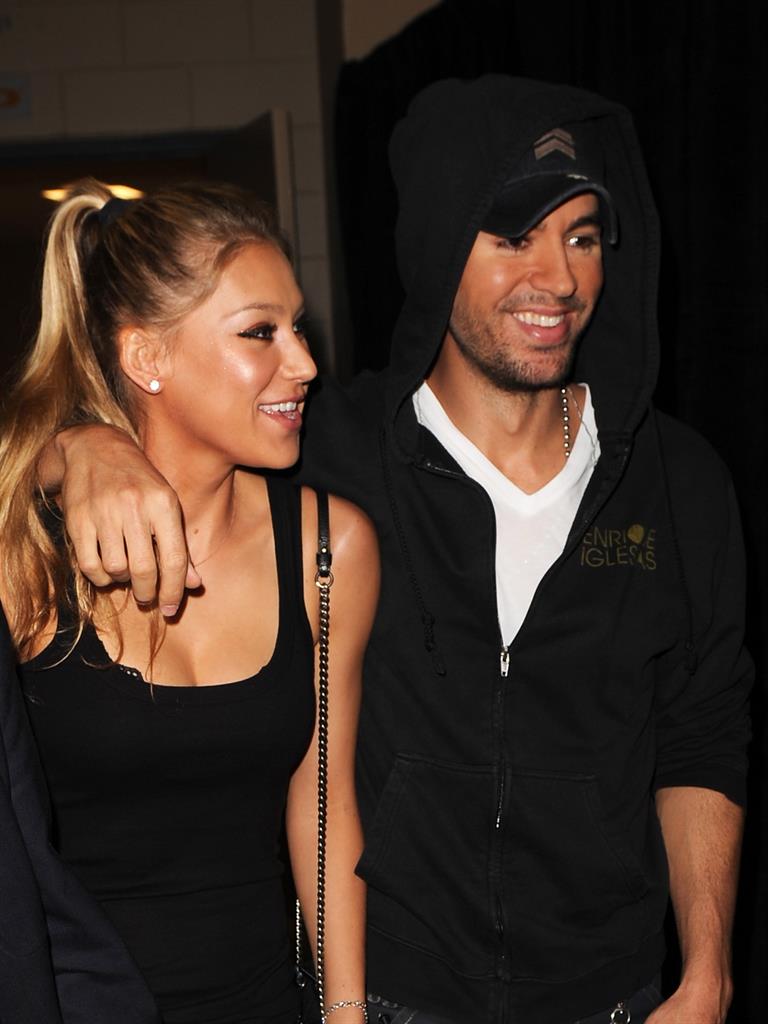 But he’s no rookie when it comes to nookie. The king of Latin pop says extra-curricular activities in the bedroom inspire a lot of his new hits.

‘Definitely, I think sex and love are the two universal things we can all relate to, no matter what religion or nationality we are,’ he said.

And has he bonked in any bizarre places? ‘I’ve never had sex anywhere weird, well, what I’d consider weird,’ he teased. ‘I don’t know, like in the doctor’s office!’

The 42-year-old — who met Kournikova while filming the 2001 music video for Escape — admits his heart-throb status has seen fans cross the line on some occasions.

‘I’ve had fans hide under tables in my office and in my dressing room,’ he recalled, not to mention once ‘opening up a suitcase and finding it was full of panties’.

But he takes the attention as a huge compliment.

‘It’s because they love you and want to be close to you,’ he explained.

‘I’ve never felt in danger or anything negative,’ he added.

NEXTGod Only Knows how Brian Wilson does it