NICKI MINAJ’S marathon bondage performance at the Billboard Awards looked a real flame in the butt.

The look on collaborator David Guetta’s face summed up her opening spectacle, which went on for nine minutes and featured flames whooshing behind the star as she writhed on the floor at the Las Vegas ceremony.

Included in her medley were hits Super Bass, Anaconda and Starships, as well as her and Guetta’s new hit Light My Body Up — which she took literally, using flares as props. 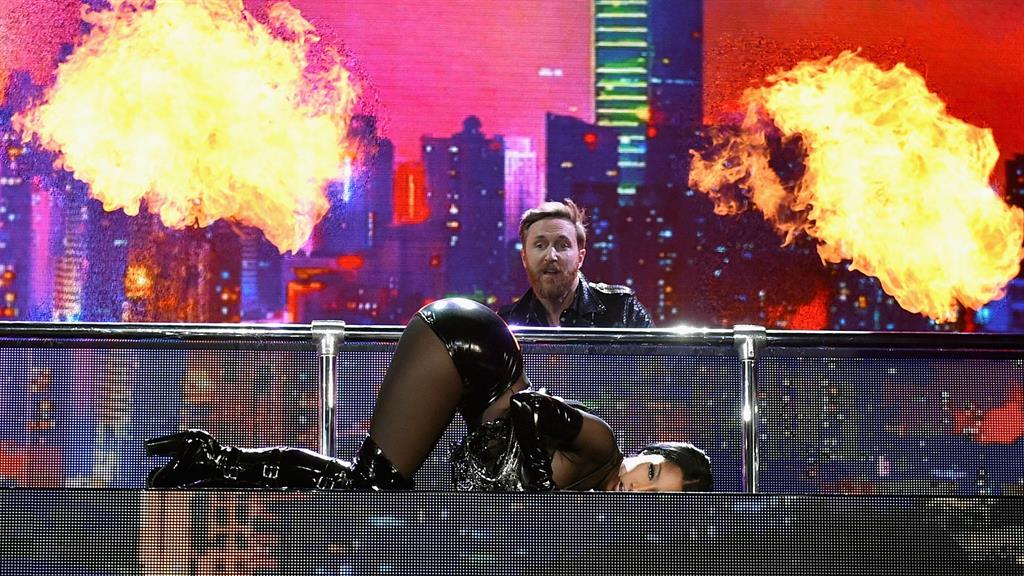 It certainly helped Minaj, 34, get Drake’s attention — he called her the ‘love of his life’ as he picked up one of his many gongs. But she was peeved to have to share his adoration, calling out, ‘what about me?’ as Drizzy also complimented show host Vanessa Hudgens, 28.

PREVIOUSFaye Dunaway now the winner of the diva award

NEXTAriana Grande blast tributes pour in from the celeb world